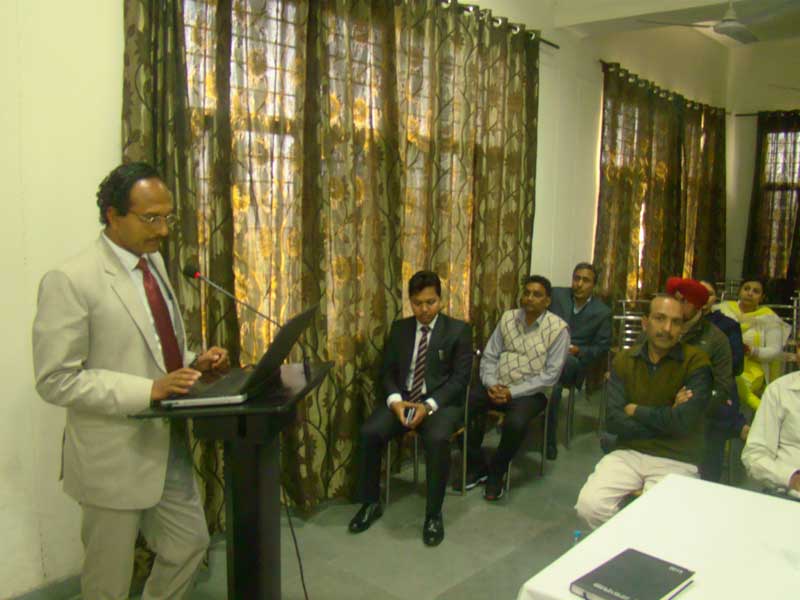 NewZNew (Bathinda) : Cultures of India will descend in Bathinda at the SARAS (Sale of Articles of Rural Artisans Society) from March 7 to March 18 with their performances, art and food at Rose Garden Plaza, near Rose Garden.

Addressing media persons here today, the Additional Deputy Commissioner (Development) Mr Varinder Kumar Sharma said that  400 artisans and 350 cultural artists from all over India would be participating in the event.

“It would be a window to the Indian culture and heritage, the mela offers the best of traditional food and artistry. Besides this there would be performances for 8 hours everyday by the 18 states,” he said. Taste ticklers of Haryana, Rajasthan, Gujrat, South India, special Delhi paranthas wali street will be spread at the food court.

2 to 3 lacs people are expected to visit this mela from parts of Malwa including Bathinda, Mansa, Muktsar, Ferozepur, Faridkot, Fazilka and Barnala.

Also Read :   37% Hike in Budget for Welfare Schemes of SCs & BCs in Punjab

Heritage village of Punjab will come alive on the mela grounds, there would be traditional food to relish, nihang chhawani, Sadhan da dera etc will keep visitors occupied.

ONE RACE HUMAN RACE – The Half Marathon To Be Held...

Property Tax on Residential lands & Buildings for the year 2015-16