Rajkumar Hindusthani’s suspense thriller, ‘Darling Don’t Cheat’ unveiled its fast-paced trailer during a Press meet at the press club of India in Delhi. Lead actors of the film Ram Gaurav Pandey, Ashish Tyagi, Neha Chaterji along with the film’s editor Mr Rajender Singh and the Associate Director Mr Sahil Bhatia were present at the event.

The film consists of an interesting tagline: ‘Nothing Thrills Men More Than the Scent of a Woman, Sight Of A Female Skin And The Splatter Of Blood’. Scenes of brutal violence, explicit scenes, uncomfortable dialogues and frightened girls dominate the visuals of the trailer The makers are labeling this film as ‘Insaaf Ka Tarazu Returns’ and ‘Return of Menacing Saga after 34 years’,

The makers have unveiled an interesting but yet a outrageous contest. The lucky winner of this contest gets a free trip to a nude beach resort in Jamaica. Those willing to participate can visit sexyddcmovie.com and darlingdontcheat.com for details.

The movie consists of everything that makes matters uncomfortable for the weak- nudity, cuss words, sex scenes and savagery. A man dressed in black hoody and with a masked face makes lives miserable for a group of girls by making them strip, threatening them with a sharp knife, dragging them with their feet, confining them in a room and asking them the most uncomfortable questions. The poster of the film features a menacing tagline, ‘Nothing thrills men more than the scent of a woman, sight of a female skin and the splatter of blood’.

The trailer conforms that it is in line with other movie that have made a mark in the history of India- ‘Insaf Ka Tarazu’, ‘Bandit Queen’ and ‘Fire’. While ‘Insaf Ka Tarazu’ stirred a controversy for depicting the brutal rape of a 13-year-old girl, the cuss words and nude scenes in Shekhar Kapoor’s ‘Bandit Queen’ and lesbian scenes in Deepa Mehta’s ‘Fire’ had led to protests during its release.

The script and picturization of the film has been so gripping and powerful that cinematographer Kiran Kanth and dubbing artists had lump in their throat while working on the film.

The makers confirmed that the film is on similar lines on these popular films. They said, “These films got popularity as the period was different and viewers weren’t exposed to that kind of content before. But nowadays content like this is seen in numerous films including the films having big actors and big banners. The audience too is looking forward to such racy content and that’s why my film will definitely connect with the masses.” The film is scheduled to release in October 30th 2015. 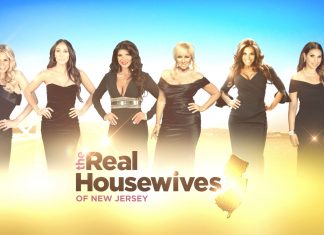