Taking the theme of 29th National Road Safety Week –  ‘Sadak Suraksha, Jeevan Raksha’ ahead, Ola along with the officials of the Delhi Traffic Police and members of the media fraternity came together to create awareness about Road Safety in Delhi through a special cricket match. 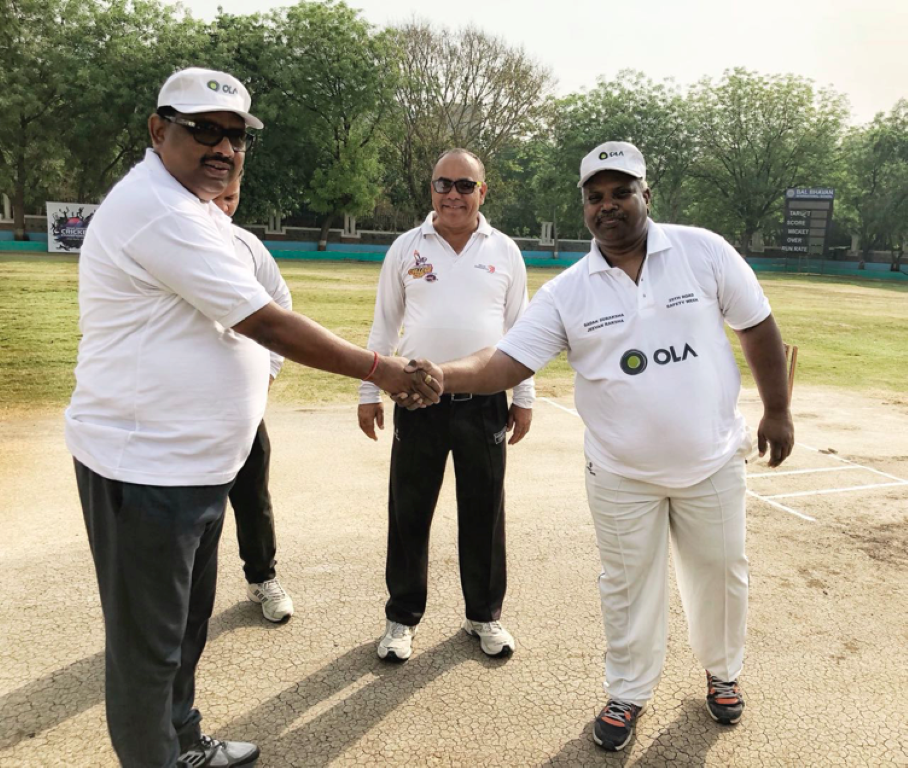 Chasing a huge total, ‘Media XI’, led by senior journalist M Rajendran, started off well but a magical spell of 6-20 by Shri Rajender Singh, SI, Spl. CP Crime proved to be a roadblock for the  media side and eventually the ‘Media XI’ was bowled out for a score of 98. Shri Rajender Singh was declared man of the match for his all round performance of 6 wickets, 51 runs and 3 catches!

During the closing ceremony, the Delhi police also felicitated Ola auto driver partner Arun Kumar for his relentless efforts of helping road accident victims. Besides helping road safety victims, arun has also reunited more than 20 lost children with their families in Delhi. Working at the Ola platform for over a year, Arun leaves his house every day at 6 am and spends about 2 hours at crowded places, looking for children who could be in danger. Arun was handed over ‘Heroes of Ola’ title at the ceremony.

Observed across the country from 23rd to 29th April across the country, this year’s National Road Safety Week was centered on the need of responsible driving, with the overarching theme of ‘Sadak Suraksha, Jeevan Raksha.’

India’s Most Popular Forms of Entertainment