Desi Crew Makes A Move To Take Punjabi Music Industry By Storm, Signs Deal With Ziiki Media: Desi Crew started their career in the year 2012 and have independent albums such as Chhadke Jawi Na, Sardarni, Solid, Rakhwan Kota, To Be Continued, and Solid II to their credit. 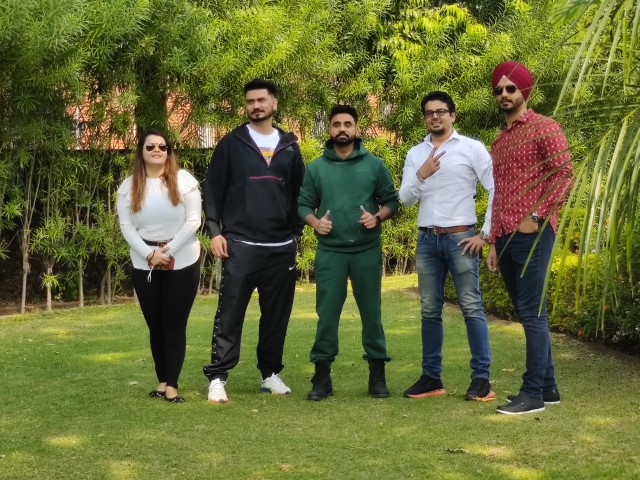 Goldy Kahlon and Satpal Malhi of Desi Crew, said, “We are super excited to bring new music for our fans and we are confident that this partnership with Ziiki Media will help us in expanding our audiences exponentially and bringing our best of Punjabi music.”

The channel will have tracks by all the leading artists of the Punjabi Music industry – Jassie Gill, Parmish Verma, Korala Mann, Kaur B, Nimrat Khaira, Khan Bhaini, and will also see the launch of new and upcoming talent from Punjab.

Along with that, the duo will also be working on a fresh album with the leading and new singers of Punjab for the Ziiki Media Label.

As part of the agreement, Ziiki Media will be managing the music distribution and promotions for the upcoming songs and albums from Desi Crew.

Talking about the deal, Arun Nagar, CEO & Managing Director, Ziiki Media, said, “We are so excited to be working with Desi Crew. This deal will enable us to ramp up our presence exponentially in Punjabi music industry and add an exciting new dimension to our repertoire. The appetite for Punjabi music is huge, not just across India, but also around the world. We expect to get a chance to connect with Punjabi audience more with this deal.”

Ziiki Media specializes in the Punjabi music scene, with a distribution roster that includes regional favorites such as Dilpreet Dhillon, Joban Sandhu, J Star among others.  Ziiki has developed a loyal fan base, both locally and online, with 110 subchannels on YouTube that have attracted more than 15 million subscribers in India alone. Giving many viral hits like ‘Na Na Na’, ’Hulara’ by J Star; World Cup Humara Hai by Daler Mehndi, ‘Aelaan’, by Muhfaad among others.

Ziiki Media is a joint venture of Warner Music Group in India, and the company is exploring collaborations of Punjabi artists with the international artists in Warner’s repertoire. It will be an interesting mix of the talent pool and will have a great impact globally, particularly in Canada, the UK and the U.S. where large numbers of the Punjabi diaspora currently live.

Ambala man donates kidney to save his wife life