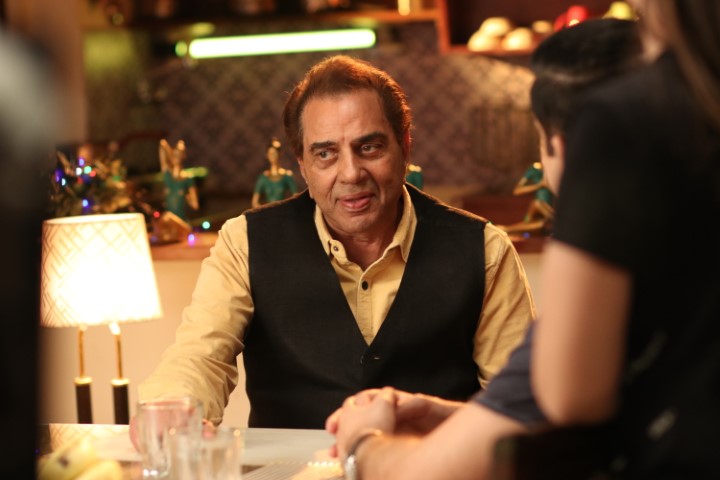 Dharmendra has been paired with Zarina Wahab for the first time in this film.

The 17-minute film is part of an anthology series consisting of four such romantic films. Being made by Chilsag Pictures, the writer-producer-director of the four part series is Sachin Gupta.  The shooting of the Dharmendra-Zarina Wahab starrer has just been concluded in Mumbai. Sachin Gupta has been credited to make different cinema like Paranthe Wali Gali, Pakhi, Thoda Lutf Thoda Ishq. Another anthology by him titled `Mango Talkies’ with six stories will release in March.

Speaking about his experience on coming back to acting in a movie after such a long time, the `original’ King of Romance Dharmendra said: “I really liked the concept and the story and I decided to go ahead with the project. Working with ace actress Zarina Wahab was also what made me take up the project. I love being in front of the camera and hence would not like to miss any opportunity especially when the story is a good one. I loved working with the whole team and we became one big family on the sets.’’

On her part Zarina Wahab said: `I was super excited to be offered a role opposite Dharam ji and I could just not say no. I have always thought of Dharam ji as having the looks of a Greek God. I remember inviting him to the sets of Chitchor at the start of my career. Dharmendra ji is all what you can think of in a good co-star: humble, accommodating. The story was also something I took to instantly as it is a super cute one and really relevant in today’s times.’’ 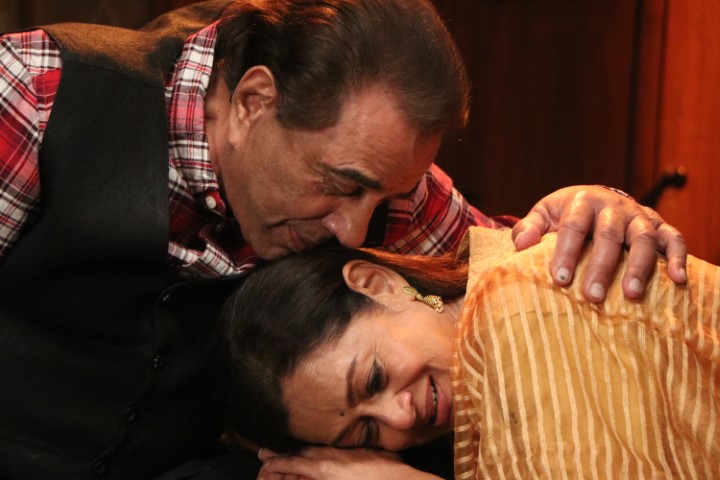 The four part anthology is most likely to hit the big screens in the first half of 2020. The shooting of the other short films is still to commence.

Speaking on his experience of working with the duo, Sachin Gupta states: `I wanted to bring alive the magic of yesteryear romance which is why I decided to make this short film. Working with Dharmendra ji was a super experience and he is truly a legend. Despite his age, he used to be on the sets even at 8am if the shot demanded, despite having spent the whole night rehearsing his scenes. He used to improvise the shots by adding his own lines and his poetry. It is honestly very rare to find such discipline and dedication at such an age. The chemistry of the couple Zarina Wahab and Dharmendra was great and we were able to bring the romance alive on the screen too.’’