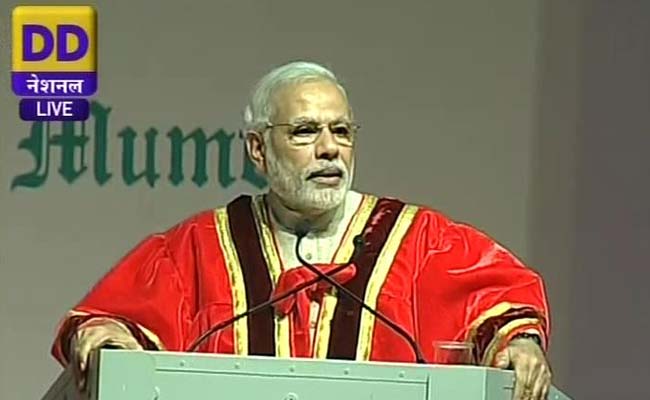 NewZNew (Mumbai) : Digital connectivity should become a basic right, Prime Minister Narendra Modi today said as he reached out to the scientific community, promising to cut red tape and sought their cooperation in “transforming” the country.

“Digital connectivity should become as much a basic right as access to school,” PM Modi said while inaugurating the Indian Science Congress in Mumbai.

The PM spoke about paying equal attention to the ease of doing research and development along with business in India. He prompted the government to do its part in order to develop science and technology in India.

In an apparent reference to the complaints raised by the scientific community in the country including delays in funding for research and approval process for attending global conferences, he said that our scientists and researchers should explore the mysteries of science and not of government procedures.

“You will have no better supporter than me. In turn, I seek your help in transforming India,” PM Modi said as he told the scientific community that their achievements should be celebrated “as much as we rejoice in our success in other areas”.

“We need to put science, technology and innovation at the top of national priorities…. Above all, we must restore the pride and prestige of science and scientists in our nation,” the Prime Minister said.

He said the arms of science, technology and innovation must reach the poorest, the remotest and the most vulnerable person.