After the grand success of Punjabi films “Rupinder Gandhi The Gangster…? In year 2015 and the sequel, “Rupinder Gandhi 2 The Robinhood” this month, Dream Reality Movies is all set to announce their third home production with the movie title as “Dakkuan Da Munda”. The film is almost planned to go on the floor soon this year and will be released on 7th September, 2018. Our well-known film distributor Munish Sahni of Omjee Group has taken the charge of guiding and distributing this project worldwide. 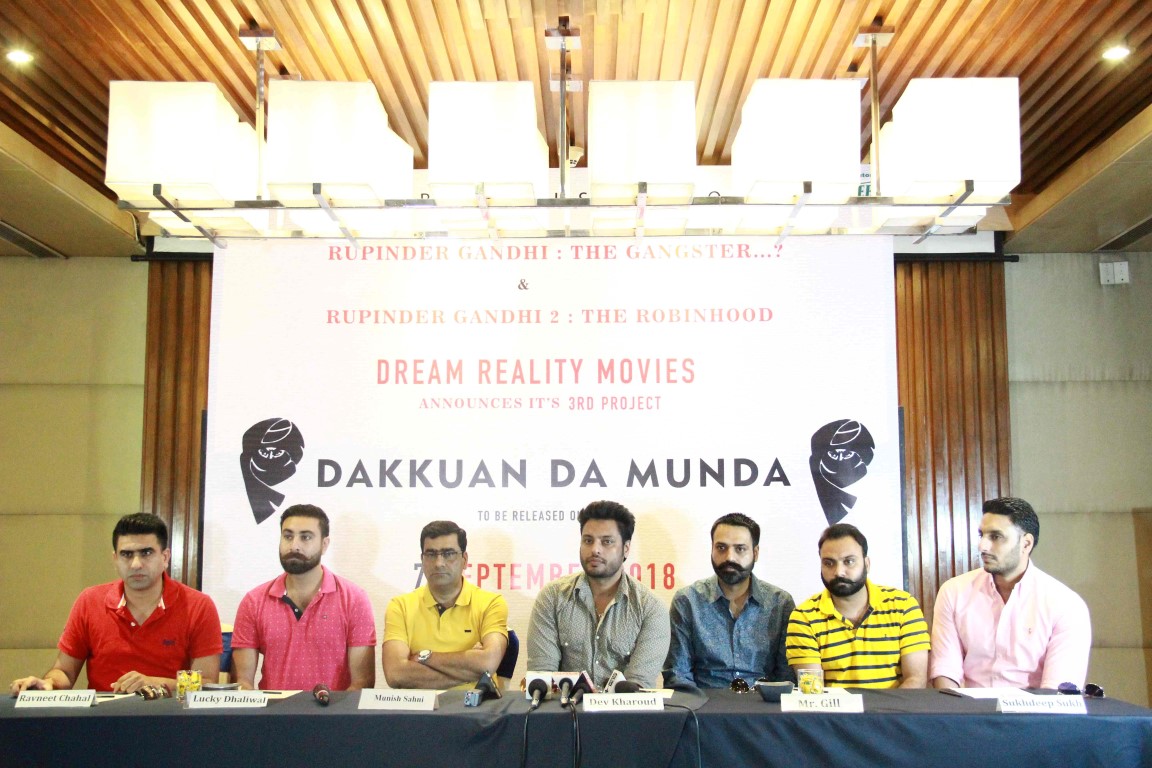 The Production House along with its team of Producers, lead actor Dev Kharoud and few other Co-Actors interacted with the Media to announce the film and some interesting facts about this new film.

On this occasion, the Producers said, “We can’t reveal much about the story at the moment but the film is surely going to make a mark just like our last projects, “Rupinder Gandhi The Gangster…? And “Rupinder Gandhi 2 The Robinhood”. We believe film-making is the greatest art and there is an unlimited scope of experiment and innovation, so we ready and confident to be a part of this Project.

The Lead Actor, Dev Kharoud, who has played the lead role in both the blockbusters said, “He is very happy to be associated with this project & looking forward for something good in Punjabi cinema and further added that he totally rely on this Production house who has given me so much of fame and is confident of getting more successful with this project too”

Munish Sahni of Omjee Group said, “Film distribution now plays an important role in the success of the film and we have taken responsibility yet again for a Punjabi film. We are quite optimistic after going through the script of the film and seek your blessings for the same.”