NewZNew (Chandigarh) : Harry Anand, who is known for starting the trend of remixes with audio-video presentations like the hugely popular ‘Kaanta Laga’, ‘Kaliyon Ka Chaman’, ‘Badan Pe Sitare’ et al, was in Chandigarh. Joining him was another Bollywood singer Ami Mishra, who became popular for the song ‘Hasi’ of the film Hamari Adhuri Kahani, the song was picturised on Actors Emran Hashmi & Vidya Balan. Both the talented celebrity singers from Mumbai interacted with media and then performed in ‘Goonj’ – The Musical, which was held at Hotel Lalit & was organized by Eldorado Events – A Delhi based events solutions’ company. 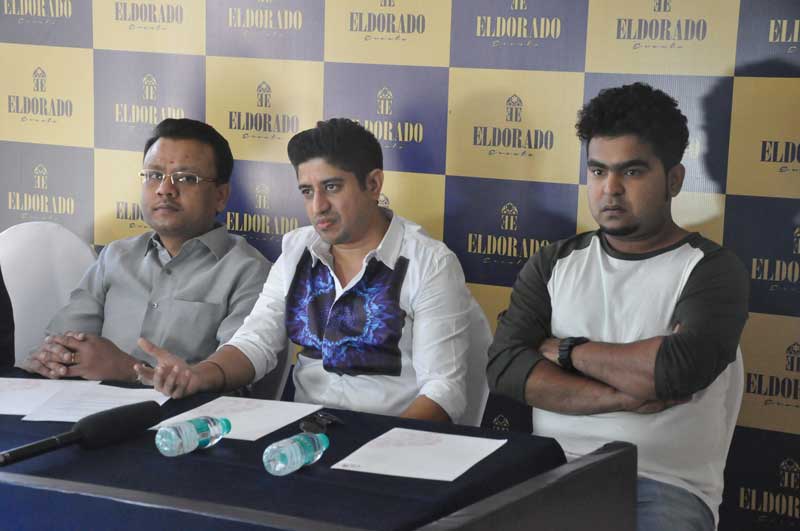 ‘Goonj’ – The Musical, also saw the launch of the Eldorado’s website www.eldoradoevent.com while the elite guests witnessed a soulful musical evening and Bollywood performances by Harry Anand who’s album ‘Chahat’ had become very successful. Bollywood singer Ami Mishra too regaled the audience with his songs & compositions.

“We want to launch ourselves in different cities of India so as to provide music aficionados with custom designed musical events, by well-known singers. Our other motive is to give a chance & platform to budding singers & talent in music, so that they may grow in this field. Our forte is Musical Events & i am happy with the fact that we put together ‘Goonj’ –The Musical for tricity music enthusiasts.” Said Vikas Mittal, Founder & MD, Eldorado Events.

Also Read :   Now Doc POKE book an appointment for you for your Doctor in Tri-city

Meanwhile, ‘Goonj’ The Musical turned out to be a feast for the audience as they got to hear to hummable & foot tapping songs like ‘Chahat’ from Harry’s repertoire , Ami Mishra too impressed with his singing prowess.

“It’s a great pleasure to perform at Chandigarh. The audience here is discerning & very up-to date with the latest trends being witnessed in the Music Industry.” Said Harry during the press meet.  According to Ami, “I am happy to be in Chandigarh. I love the Punjabi audience which is very responsive to performers and Punjabis are full of zest & life.” Both the Singers – Composers – Music Directors performed in Chandigarh for the first time.  During the media meet both the talented singers also shared with reporters details of some future projects that they are coming up with.

It was announced at the press meet that Eldorado will soon bring up intellectual property to promote singers and other artistes.

Check out the Gangsters of Love Poster First Look of Kajol-SRK...