Elite Season 4 Cast Guide: Here’s a detailed Elite season 4 cast and character guide, covering every new character as well as those returning from past seasons. 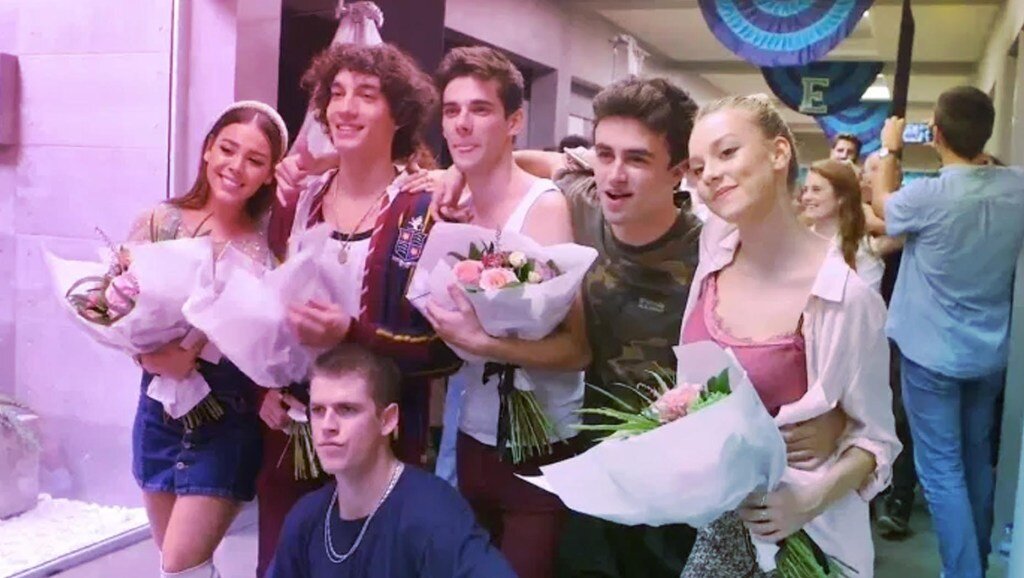 The Season 4 cast features some new faces as well as some familiar faces, and those new faces frequently fight with the teens of Las Encinas. Overall, Elite season 4 maintains previous stories while concentrating on the mystery assault of a London transfer student.

Season 4 of Elite covers the life of the Commerford family. Benjamin, the patriarch, is the new principal at Las Encinas and irritates many pupils with his strict regulations. Meanwhile, his children try to adjust to their new surroundings, with the bourgeois Ari and her twin Patrick making it especially tough for their sister Menca, and vice versa. Each member of the Commerford family has a significant impact on the conduct of returning characters such as Rebe, Caye, Samu, Guzmán, Ander, and Omar in Elite Season 4.

Previously, the Spanish actors Mara Pedraza and Ester Expósito rose to international prominence after appearing in the Netflix program Elite. Carla Daz joins the main cast for the fourth season after building an outstanding TV reputation over the preceding decade, while Martina Cariddi makes a breakout performance as the rebellious Menca, with Manu Ros as her sexually promiscuous brother.

Martina Cariddi co-stars as Ari’s sister, Menca Blanco Commerford, who follows her own set of laws. She falls in love with Rebe while keeping things about her personal life hidden. Cariddi made her television debut as Laura in Cuéntame season 19.

Patrick Blanco Commerford, Ari’s gay twin brother, is played by Manu Ros. He flirts with Ander at first, which leads to a love triangle with Omar. Ros played Mauri in Pepe’s Beach Bar on a regular basis.

Diego Martín as Benjamín: Las Encinas’ new administrator has high expectations for his students. Diego Martin portrays Koldo in the 2012 horror franchise film [REC] 3: Genesis and Narciso Linares in Season 2 of The Alienist.

Claudia Salas (above, top, far left) as Rebeka “Rebe” de Bormujo Ávalos: Samu’s ex-girlfriend (and the daughter of a drug dealer) who starts dating Menca. She had run-ins with students in previous seasons due to her narcissism. In La peste, Claudia Salas played Escalante. She is also featured in Elite Short Stories: Guzmán. Caye Rebe and Omar Ander Alexis from Elite Short Stories inElite Season 4.

Georgina Amorós (above, top, middle in white) as Cayetana “Caye” Grajera Pando: A former student who now works at Las Encinas and falls in love with Florian. She has a reputation for being manipulative, which worries her classmates when she targets actual Royalty. Emi in Bajo sospecha and Fátima in Vis a vis were both played by Georgina Amorós.

Itzan Escamilla (above, top, in tanktop) as Samuel Garcia: Marina, the now-deceased student’s past love interest. In season 4, he works as a server and expresses interest in Ari despite their social class discrepancies. In The Ministry of Time, Itzan Escamilla played Simón Bolvar, and in Cable Girls, he played Francisco.

Miguel Bernardeau (above, top, middle) as Guzmán Nunier: Mara Pedraza’s original Elite persona, the aforementioned Marina’s adopted brother. In season 4, he splits up with his girlfriend and becomes close to Ari. In Sabuesos, Miguel Bernardeau played Isaac, and in Wave of Crimes, he played Julen in Elite Season 4.

Arón Piper (above, top, in beige) as Ander Munoz: A gay character in remission from cancer. Previously, he was a star athlete who battled drug addiction. In season 4, he dates Omar and has an affair with Patrick. In 15 Years and One Day, Arón Piper played Jon, and in The Mess, You Leave Behind, he played Iago.