Uttar Pradesh is the second largest state of India in both area and population. The state is a rich hub of heritage and culture, with numerous tourist attractions decorating the state. 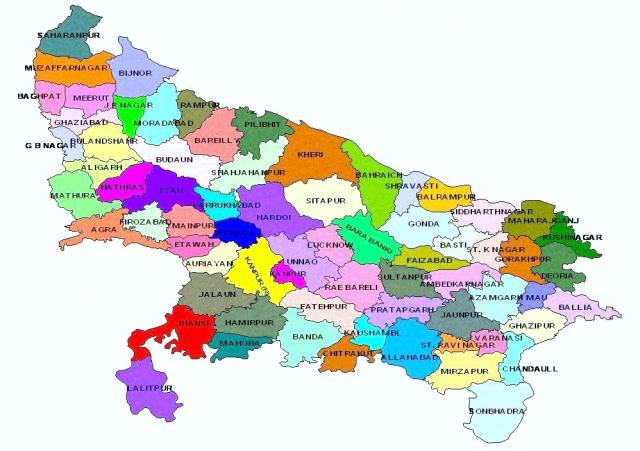 Throughout history, great cities have emerged and established along great rivers. Within India, the Ganga and the Yamuna have nurtured a culture because of which religious faith, rituals, culture and intellectual enlightenment have evolved in places along the two rivers. Even centuries ago, many students would flock the city in search for knowledge. Today, we aare here to tell you why you should think about UP in the same light.

Let’s begin by stating some obvious facts about UP. In the last five years, Uttar Pradesh (UP) has made giant strides in the field of primary education. With a literacy rate of approximately 70 per cent and approximately 351 million school-going children, Uttar Pradesh has ensured that around 93 per cent of children are enrolled in school. Great effort has gone into restoring the image of the state. But sure, this is primary education- you say? You are correct, although the little details do matter. Uttar Pradesh has 71 universities, the second-highest in all Indian states and territories.

Following are the Top 9 engineering colleges in UP.

The Indian Institute of Technology, or IIT, is one of the most recognized names in the education Industry. The reason for that is the hard earned and well-deserved reputation of the Institute, along with wonderful placement opportunities that are offered to students studying there in top notch companies such as Oracle, Microsoft, Google, Adobe, Intel, Axis Bank, EXL Services, Goldman Sachs, etc.

Review: Students who graduated from this college seem to be extremely satisfied with the facilities and faculty of the college. The environment is ideal for both, studies and enjoyment.

The mode of admission is a two-step process. One needs to qualify JEE (Main) and then take JEE (Advanced). Admissions are based on the JEE (Advanced) rank. Owing to its reputation and prestige, only a select few are able to score a seat in Banaras Hindu University. If you plan on studying here, as you should, then tighten your loins and hit the books.

Review: Students who graduated from Banaras Hindu University seem to be extremely satisfied and even grateful, for getting a chance to study in this prestigious institute. The college has tried its best maintaining the rich culture and legacy throughout the years.

The Indian Institutes of Information & Technology, or IIITs, are a specialist group of institutes, offering only Information Technology and Electronics and communication engineering.

Students regard IIIT studying experience as one of the best offered anywhere in the country. Beautiful campuses, highly trained faculty members, level of expertise offered are all top-notch.
For admission into IIIT, One need to take the JEE (Main) exam and secure at least 75% marks (65% for SC/ST) in Class 12th exam or is in the top 20 percentile in Class 12th exam conducted by the respective board. Admissions are on the basis of rank in JEE (Main).

Review: Students who graduated from this college seem to be overall satisfied, the campus and faculty members contributing in large portions to the positive reviews.

Admission into MNNIT is similar to IIIT, wherein students are required to take the JEE (Main) exam and secure at least 75% marks (65% for SC/ST) in Class 12th exam. Admissions are on the basis of rank in JEE (Main).

Review: The students of this institute are all extremely satisfied with their experience, with most students having only praises for the college. The campus life also seems to be largely appreciated among other things.

The Harcourt Butler Technological Institute, or HBTU, was named after Sir Spencer Harcourt Butler, governor of the United Provinces (Uttar Pradesh during British India). It has also had a very interesting relationship with the IITs. In 1959, when the Indian Institute of Technology Kanpur (IITK) was established, its classes were initially held in the canteen building of HBTU until IITK had its own campus.

HBTU is one of the most reputed and sought after Technical University, not only in the state of Uttar Pradesh, but all of India. HBTU was ranked as the 45th best Engineering College of India in the Edu-Rand Rankings of 2015, done jointly by Edu, an Indian company and Rand Corporation, a non-profit American organisation.

For admission into HBTU, one needs to take the JEE (Main) exam. Admissions are on the basis of rank in JEE (Main).

Review: Numerous graduates from the institute have many -good things to say about this college. While many students fondly describe their time time spent in the campus, the internet seems to be littered with praises for this institute.

Amity University is a multi-campus university. The university has 10 campus locations in India as well as eight international locations in Abu Dhabi, Dubai and London, as well as China, Mauritius, Romania, Singapore and South Africa.

Amity University, Noida is recognized by the University Grants Commission (UGC). The National Institutional Ranking Framework ranked it 86 in the overall ranking for 2017, thus making it a lucrative choice for students looking for quality higher education in the engineering department.
If you find this college to your liking, there is good news. There is a direct admission process for students who scored 80%+ aggregate in Class XII (CBSE/ISC/State-Boards of 2016/2017). Selection will be only on the basis of Amity Application Form, thus exempting them from the preliminary process of admission.

Review: Amity, owing to its aggressive marketing strategy, has seen tremendous success, both academically and financially, with the benefits of both being noted by the students studying there.

Admissions into the college require the state level exam of UPSEE, conducted by UPTU itself.

Review: UPTU is a great university for engineering aspirants, and you should definitely consider its top colleges especially this one.

Review: As mentioned earlier, UPTU is a great university for engineering aspirants, and you should definitely consider its top colleges, including this one.

The Zakir Hussain College of Engineering and Technology (ZHCET) was established in 1935, as a constituent college of the Aligarh Muslim University. The college employs adequate number of highly qualified members of the Faculty.

The admissions are done on the basis of rank in AMUEEE. There is an additional test for B.Arch. aspirants.

Review: With the claimed 84% placements by the college, ZHCET is a very lucrative option to consider for Engineering, making this one a “must consider” on your list.

With increasing number of engineering aspirants and the growing number of colleges, it has become difficult to pick the correct one. However, with a correct analysis of what’s most suitable in accordance with one’s needs and comfort, its not that difficult either. So before coming to a conclusion, consider and calculate every aspect of it. We hope we helped you make the right choice!