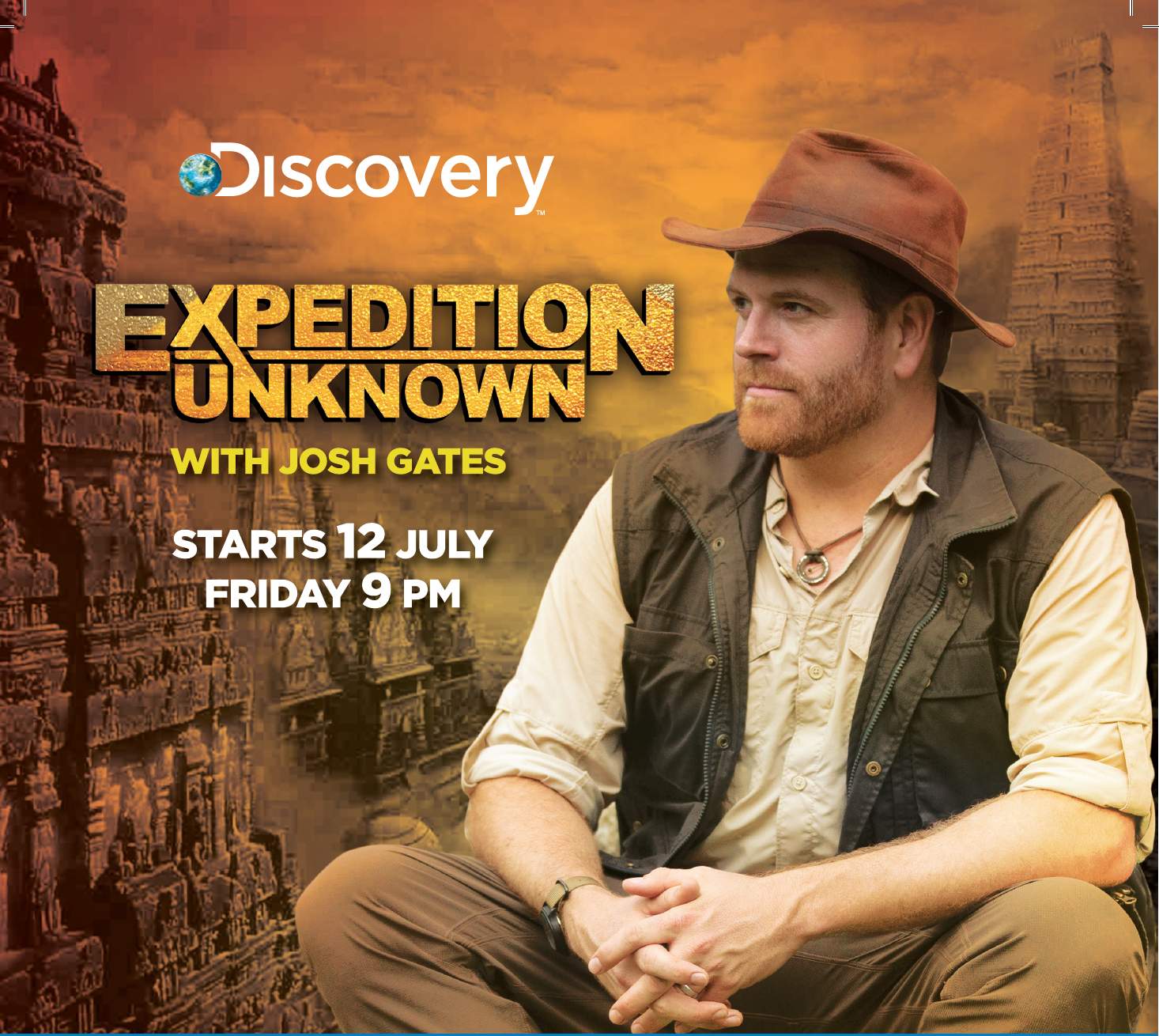 Josh Gates is going to join a team of scientists who believe that they may have discovered something under the water that could rock the foundations of history as we know it.Viewers will be able to witness the extraordinary story of  Dwarka unfold in the special episode of  ‘Expedition Unknown’ starting July 12, 2019 at 9 PM only on Discovery Channel.
According to scripture, Dwarka was an expansion of Lord Krishna’s energy. It was described as a utopian city with opulent buildings gilded in gold. Per the legend, Lord Krishna summoned divine powers to erect the towering city, which rose up out of the ocean, surrounded by a massive stone wall to protect the city from invaders.
But in the wake of Lord Krishna’s death, the glittering kingdom sank into the Arabian Sea andits glory faded into myth. Now, Josh is teaming up with world-renowned researchers who are dedicated to unearthing the truth behind the fabled city.
“The story ofancient Dwarka is an important religious tale, but as we examine submerged ruins surrounding the modern city by the same name, we’re discovering that the legend may be based on something historic,” says Josh Gates, as he dives into the waters of the Arabian Sea.
After investigating the coast of modern Dwarka, Josh heads to a dig site on Bet Dwarka, an island to the north, with a team of Indian archeologists who have recently discovered intriguing relics including the remains of a wall, pottery, and an enigmatic stamping-seal.
“Archaeologists have barely scratched the surface on this island, but the evidence is already mounting that there was a significant settlement here,” says Gates. “The items we’ve uncovered and especially the ancient seal demonstrates a vibrant culture here and strong indications of ritual and ceremony. But is it ancient Dwarka?”
Expedition Unknown is produced for Discovery Channel by Ping Pong Productions.
Join Josh Gates on his fascinating journey to uncover the myth of the legendary lost city of Dwarka; a special episode from the latest series ‘Expedition Unknown’ on July 12, 2019 every Friday at 9 PM only on Discovery Channel!
Also Read :   ਕੇਂਦਰ ਨੇ ਹੜ੍ਹ ਮਾਰੇ ਜੰਮੂ-ਕਸ਼ਮੀਰ ਰਿਆਸਤ ਨਾਲ ਮਤਰੇਈ ਮਾਂ ਵਾਲਾ ਕੀਤਾ ਸਲੂਕ ਹੈ : ਬੇਗਮ ਫਿਰਦੌਸ

‘My Baby & Me’ An interactive session held at Hometel