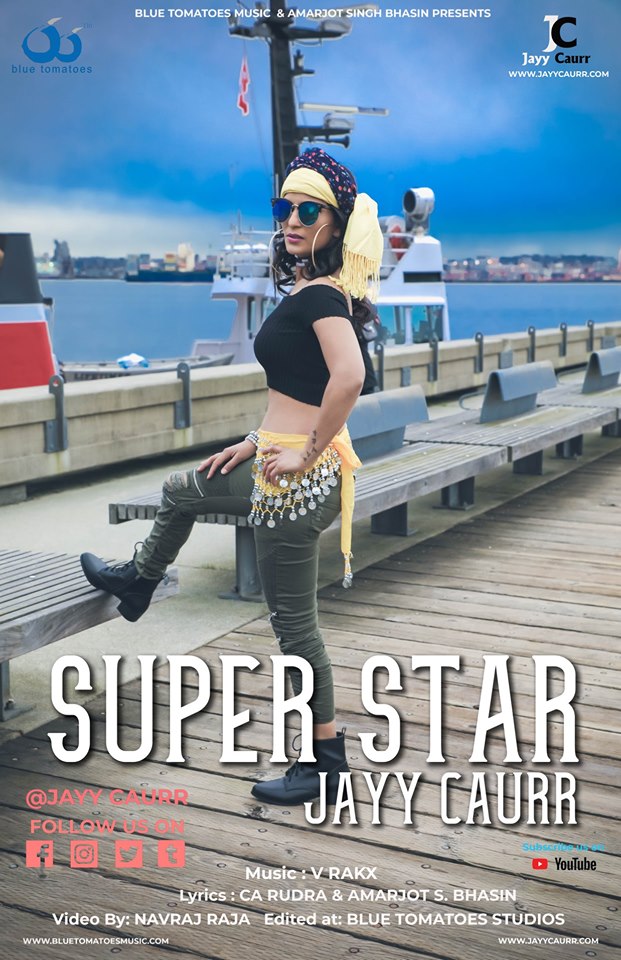 And confirming the split is none other than the older sister Jyoti aka JAYY CAURR who has now decided to go solo and launch her first Hindi single SUPERSTAR.

This single is being launched by the famous music label Blue Tomatoes. Blue Tomatoes which is managed by Amarjot Bhasin has looked after JAYY CAURR’S entire makeover from the selection of songs, to compositions, music, artist styling, video shoots and promotions.

Amarjot Bhasin has spent a lot of time conceptualising the shoot of the song in Canada. The video of the Hindi single has been directed ny Navraj Raja.

The new song hits all major online platforms from July 9 and is being distributed by the France-based Believe Digital. Completely modern and sassy, the song is sure to become an anthem for most young girls. The video is shot in Canada and has all the makings of a foot tapping dance number.

Speaking on the split, Jayy states: “I had been waiting for long for my sister to make up her mind on whether she wanted to continue singing post her marriage. I feel I have sacrificed a lot of time on this. Totally fed up, I decided to come solo and am glad that my single SUPERSTAR is being well received by whoever has heard it.’’

Jayy already has two film tracks to her credit. Farookhabaadi with Labh Janjua in Luv Shuv Tey Chicek Khurana and a song in the National Award winning Punjabi film Nabar.

The solo singer has dabbled in almost all genres of music since she started singing at a very young age. From singing dhadhi vaars (religious songs) in village fairs, to traditional bhangra and gidda and now modern music, Jayy has sung it all. And now she has three singles ready for release.

She adds: “My strength is actually folk and this is reflected in all my songs, even the modern ones like Superstar and the other upcoming ones. I now see most people asking for traditional songs even in foreign countries when I do shows.’’

Wishing her sister all the very best, Jayy says that splitting and going solo was one of the most difficult decisions of her life. “It’s almost like cutting out a part of your body and still trying to survive. I have been performing solo on the stage since the past two years. And I decided to take this plunge due to the insistence of my well wishers and fans. ‘’

States Amarjot Bhasin: “I have actually tried to uplift Jayy’s spirits always since she has been really upset with all this split and the rumours surrounding it. I am hoping that this avatar of Jayy would be greatly appreciated by the youngsters especially girls since we are touring it as a girl anthem.”

Students give benevolent touch to X’mas celebrations at Aanchal International

The Way to a Woman’s Heart at MTV Splitsvilla 8