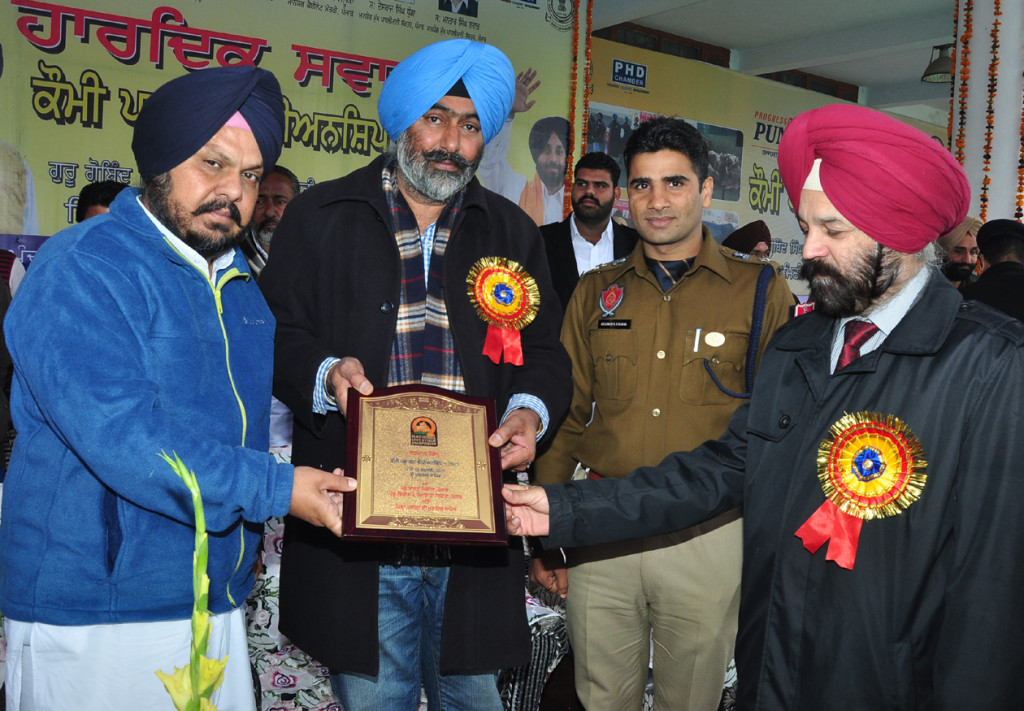 Addressing a gathering of those practicing animal husbandry, CPS Mantar Singh Brar said that farmers should take advantage of the subsidies Punjab government offers to those takig up animal husbandry. He said that along with agriculture farmers could take up allied business line fishery, dairy, pig rearing, goat rearing, poultry etc wherein they can improve their economic condition and can also fuel the state’s economy. Inviting farmers to set up commercial dairy farming units he said that the state government was running a number of schemes to encourage this sector and was offering a string of subsidies too. Punjab contributes 8 percent in the whole country’s milk production.

SAD Malwa zone president Mr Kanwarjit Singh Rozy Barkandi said that the Livestock Championship has been started to motivate farmers for taking up animal husbandry. The championship is a boon for not only the farmers of Punjab but that of other states as well. He added that for setting up biogas plant Punjab government offers 50 percent financial aide and maximum Rs 3.50 lacs grant is given for setting it up. He added that the state government was running special schemes for dairy farm operators.

IPL: Viacom18 Invests in Digital Platforms of the Future