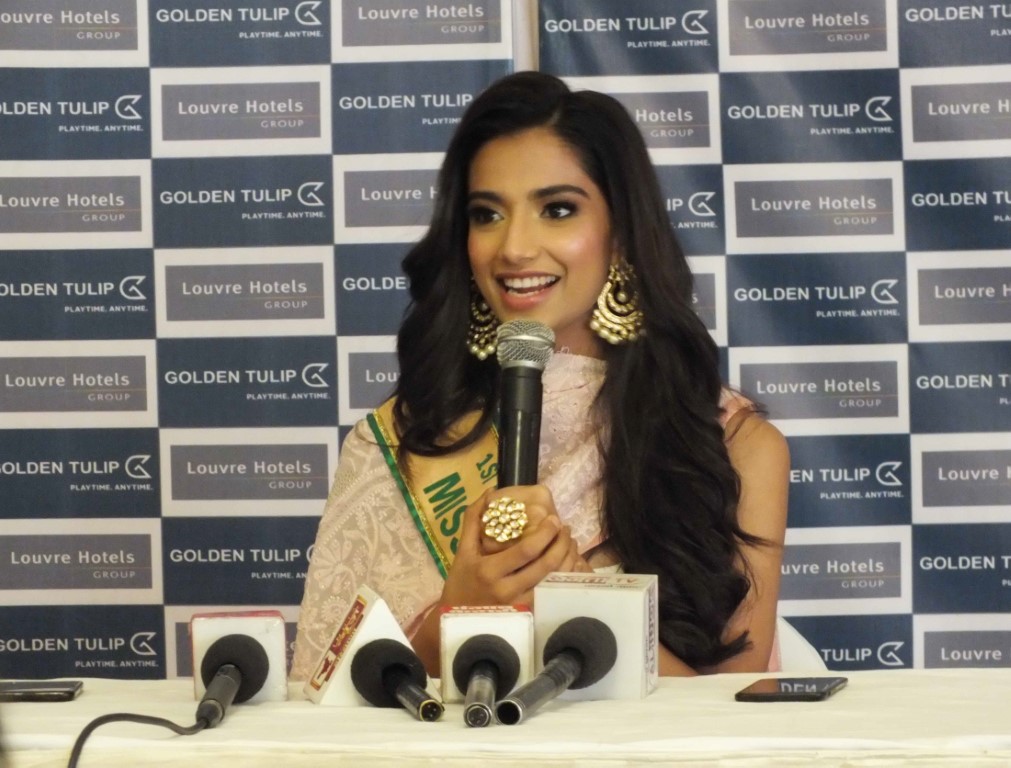 A state-level swimmer and a badminton player from Chandigarh, Meenakshi describes herself as an avid sportsperson. She is currently pursuing her bachelors in Dental Surgery and hails from an army background. She lives by the quote, “Everything is possible if only you believe.”Meenakshi is a student of National Dental College and Hospital. Having grown up in an army background, she has travelled a lot, a self-disciplined, confident and honest girl, who has now entered the glamour world after she participated and winning as the first runner up at the Miss Grand International 2018.

The next segment was all about the Top 10 finalists slaying the ramp in some mesmerizing evening gowns which was one of the highlights of the evening. The pageant finale also witnessed a tear eyed emotional message from the outgoing queen Maria Jose Lora to the fans as she thanked everyone for their constant encouragement.

Also Read :   Unity & Oneness is the Need of Humanity

In a Media Interaction with Meenakshi at Golden Tulip Hotel, she said at Golden, “I would like to thank everyone who has supported me in my journey right from the time I participated in fbb Colors Femina Miss India 2018 to then winning the title of fbb Colors Femina Miss Grand India 2018 and now being crowned as Miss Grand International 2018 1st runner up. I am proud and happy to represent our country in this coveted pageant, my sincere gratitude goes out to everyone for believing in me and most importantly my mother, who has been the pillar of strength and thanks to her I am here holding my head high with this prestigious crown”.

As a young girl, Meenakshi had always dreamt to re-present the country on a global platform and this victory has opened the doorsof opportunities for her.

In the past, Miss Grand International witnessed, Vartika Singh, an Indian modeland fbb Colors Femina Miss Grand India 2015was the first delegate to represent India and sashed as the Second-Runner up at the Pageant.