NewZNew (Chandigarh) : FC Goa were held to a goalless draw against Boavista SC on Thursday at the Centro de Futebol Zico, the academy of head coach Zico in Rio de Janeiro, Brazil. This was FC Goa’s second pre-season match following on from their defeat to Bangu Atletico Clube in the first pre-season game.

Zico kept faith with his first eleven from the previous match and employed a three man defence with Lucio, Gregory and Rafael Dumas  marshalling the back, with Romeo Fernandes and Mandar Rao Dessai for support in the wing back positions. Youngster Sahil Tavora got another start alongside Brazilian international Richarlyson. Spaniard Joffre played the role of the creator in chief while Robin Singh and Rafael Coelho started up front. Laxmikant Kattimani continued in between the sticks. 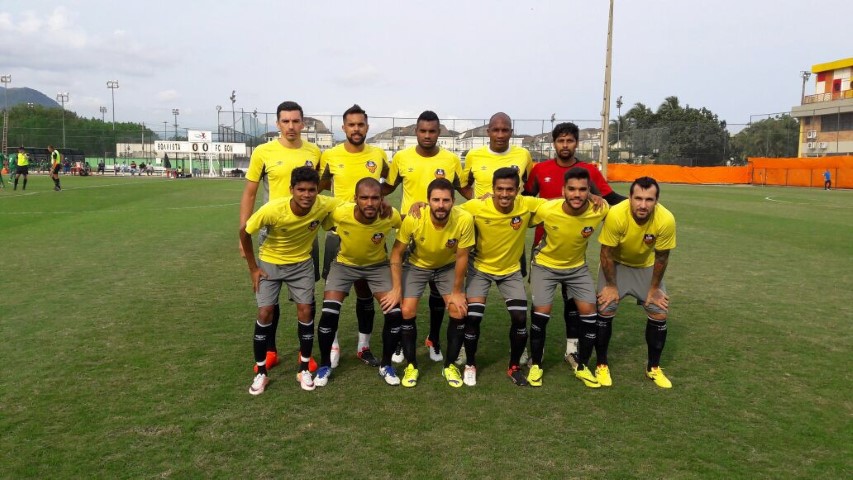 FC Goa started the match on the back foot as the opponents broke in the very first minute. However, the opposition failed to capitalise. After the initial nerves, FC Goa began to settle down. The first major chance of the game fell for Joffre in the 15th minute. Romeo found space down the right and played a diagonal ball to Coelho who delayed his pass and managed to release Joffre. The Spaniard was one-on-one with the keeper and he unleashed a left footed shot from a tight angle that went across the keeper who was well beaten. Kattimani played a part in keeping the opponents out with a string of good saves including an excellent save from a 25 yard drive by an opposition striker as the teams went into the break all square.

Zico made just one change at the interval with Tavora withdrawn for Pratesh Shirodkar. However, at the 60th minute mark, the Brazilian rang in the changes to give the rest of his squad an outing and to test the bench strength. Subhasish Roy Chowdhury was brought in for Kattimani while Luciano Sobrosa, Keenan Almeida and Fulganco Cardozo came on to form a four man defence. Trindade Goncalves also came on along with Julio Cesar who occupied the position of the lone striker. Soon after coming on, Subhasish was forced into two good saves to keep the score at 0-0. However, the Bengal keeper suffered a heel injury soon after and was replaced by youngster Sukhadev Patil. Debabrata Roy came on for the last 15 minutes of the match, replacing Mandar and Fulganco, like in the previous match was pushed to a more advanced position down the left side. As the game petered out to a finish, Denzil Franco replaced Joffre to keep the score down to 0-0.

Reinaldo Oliveira, Sanjay Balmuchu and Raju Gaikwad were unused substitutes. The team seemed to have improved since their defeat to Bangu Atletico Clube and are moving in the right direction. FC Goa will take on Rio Branco AC on 18th September at 3.30 pm local time in their third pre-season friendly. The team will return to India on 25th September ahead of their Indian Super League season opener on 4th October.