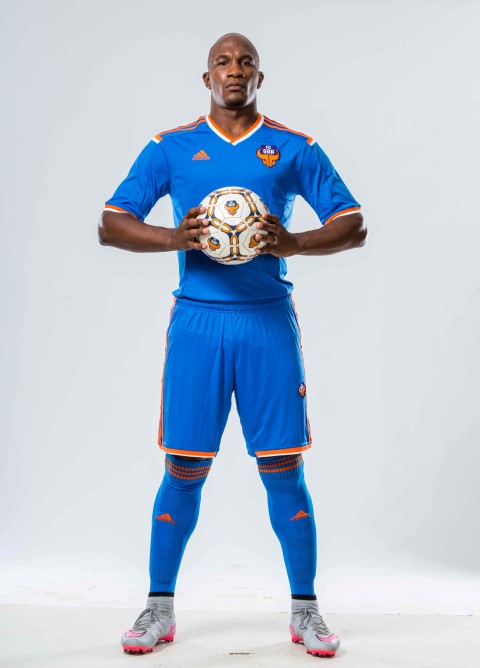 NewZNew (Chandigarh) : FC Goa has confirmed the re-signing of central defenders, Gregory Arnolin and Luciano Sobrosa and striker Rafael Coelho for the third season of the Hero Indian Super League. Gregory has been the mainstay in FC Goa’s defence from the first season. The defender is blessed with astute physical prowess and the ability to read the game well. In partnership with World Cup winning defender, Lucio, he was one of the major reasons the team had a successful run to the finals of the second edition. Gregory is also a potential goal threat for his side especially at set pieces, having netted twice in the first season and once in the second season with powerful headers.

The Martinique International endeared himself to the fan base with brilliant displays on the pitch and will be looking forward to going one step further in the third season after finishing up with a runners up medal in the second season.

“I am very happy to sign with FC Goa again. I have been at this club from the first season and we have made it to the semi-finals and then the finals. This year I hope to be able to win the ISL with FC Goa for the fans. I will give my best so that FC Goa can be champions of the ISL,” he said.

Brazilian defender Luciano Sobrosa was an able understudy to both Gregory and Lucio in the second season. He made seven solid appearances for Zico’s team and impressed the legendary coach during this stint. The 37 year old has been a veteran in the Indian football circuit with stints at various Indian clubs like Salgaocar, Sporting Goa and most recently, Mohun Bagan.

Coelho was signed mid-season last year after an injury to striker Victor Simoes ruled him out for the season. He was an instant hit with the fans with his tireless work ethic on the pitch. His constant threat in the box was a huge boost to the team in their run to the finals of the tournament.