NewZNew (Chandigarh) : FC Goa officially unveiled Jaydev Mody as the new promoter of the club at a media briefing held at Nerul in Goa yesterday. Mr. Mody bought a 65% stake in the club in a personal capacity from the previous owners and has hit the ground running. As part of his address to the media, he confirmed that Brazilian legend Zico, who has become a synonymous figure with the club’s identity, will continue in his capacity as the Head Coach for the third season of the Hero Indian Super League.

Mr. Mody expressed his excitement at taking on this project and outlined his long term vision for the club. Said Mr. Jaydev Mody, Promoter, FC Goa, “Goa has always been a vibrant footballing state and has a rich footballing legacy. Now by becoming a member of the FC Goa family, I have an active part to play in it. The club is a true reflection of the passion the state has for football and we have a responsibility to the people of Goa to give it the support it deserves. This team doesn’t just belong to the promoters. It belongs to every Goan within the country. Every Goan has a part to play in the success of this football club and we want their continued support.

We believe that Goa has some serious footballing talent and as part of our vision for the club, we want to ensure we harness that potential. We want to provide a platform for that footballing talent to thrive upon. The club has already laid a great foundation in the previous years and our aim is to keep that going and make gradual improvements as we go along. After years of hard work, we want to be able to look back and satisfactorily say that there is a legacy being created. We are committed to the development of football in the state.” 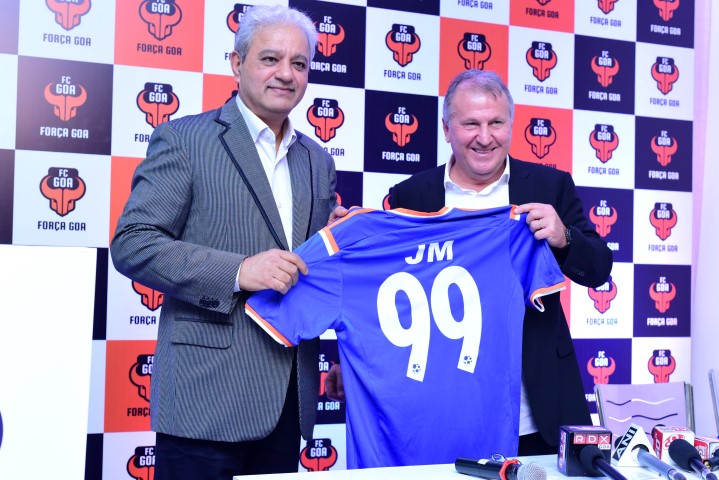 As part of his address, Mr. Mody also announced that Zico was coming back to lead the team at FC Goa. He said,“It was a very simple decision for us really. Zico is a true legend of the game and has been an integral part of the club since its inception. He has an immense amount of knowledge of the game and we are delighted that he will be able to impart that to our boys here at FC Goa. With him at the helm, we expect the team to do very well and give Goa the taste of beautiful football once again this season.”

Also Read :   Celebrate The Rich Culture Of India With ‘Devotion- A Journey Through India’ At “Coffee With Leica”

Zico who was also present at the event added his thoughts at the prospect of coming back to Goa. Said, Zico, Head Coach, FC Goa, “India has been a great experience for me in the past two years and when the management of FC Goa reached out to me, I was happy to come back. The people of Goa have always given me a lot of support and love and I hope that this season we can repay them with our performances on the pitch. I have spoken to Mr. Mody and he has a vision for this club and I’m happy to play my part in this. In terms of this season, we have made some good signings and we will continue to work on the squad which will be built to aim for the title.”

The other board members of the club also took the opportunity to welcome the new ownership and expressed their support for Zico and his team. Mr. Dhoot, the Chairman of the Videocon Group said: “We are delighted to welcome Mr. Mody to the FC Goa family. We have had two great seasons so far and we have seen amazing support for FC Goa, with his support and common vision, the club will scale further heights in the upcoming season and bring further joy to the people of Goa. Forca Goa!”

Added Sukhvinder Singh, CEO, FC Goa, “FC Goa is geared for the third season of the Indian Super League with a well-structured team lead by Head Coach Zico and supported by the promoters of FC Goa. We are delighted that we now have more Goans than ever before playing in our squad for this season. We look forward to an excellent season ahead. ”

With the ownership and head coach now confirmed, FC Goa is expected to go about completing its squad and get preparations underway for the season.