Speaking on the occasion Dr. Umesh Nandani Jindal, Local Organizing Chairperson & Director Jindal IVF Chandigarh said that the incidence of cancer is increasing day by day. More and more cases of cancer affecting young population are reported. But the good news is that there have been many advances in the treatment.

Cancer is no more dreadful once it’s picked up in the early stages. At a young age fertility is an important issue to everyone. In today’s scenario, it is of utmost importance to discuss about fertility preservation in these young adults. Fertility preservation is a ray of hope for those who wish to fight cancer powerfully and live life fully after winning over cancer.

Fertility preservation is also becoming an option for those who wish to delay childbearing for later years in life. There may be women who suffer from other benign conditions like endometriosis or other benign non-cancerous tumors putting the women at risk of premature ovarian insufficiency. This means that ovaries would stop functioning and producing eggs at an earlier age than expected.

There are various ways to preserve or prolong fertility. These are embryo freezing, egg freezing or freezing chunks of ovarian tissue. Embryo freezing is the most tested one it requires sperm as well. Therefore it is suitable for married couples only.

Next is oocyte freezing in which eggs are frozen and then thawed at a later date. They can then be fertilized with sperms to form embryos whenever required and can be implanted. The current technique of freezing oocytes with vitrification has greatly improved the success rates from frozen oocytes. 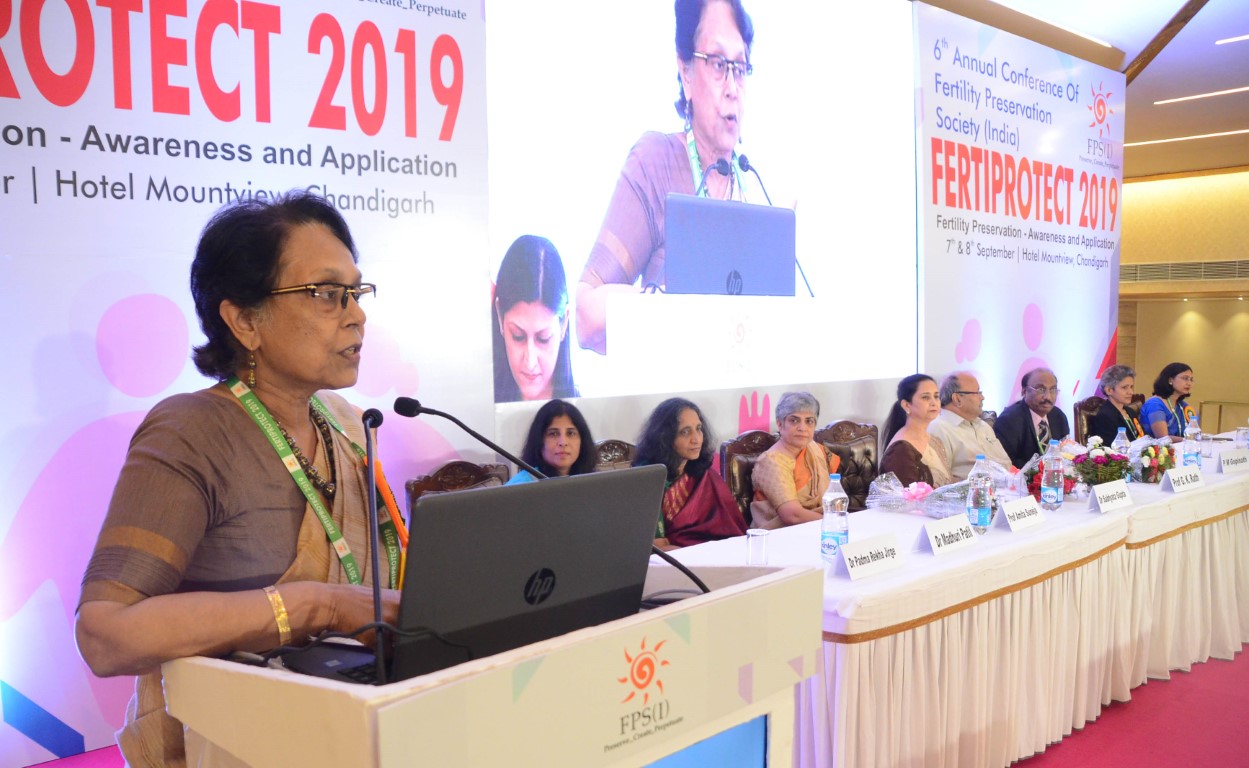 Case in point was a 27-year-old female patient suffering from PCOD (Polycystic ovary syndrome) who was diagnosed with a 1st Stage Cancer, with due medication IVF was done of the patient and embryos were preserved for a later stage to have children in future.  In another case a 18-year-old female patient suffering from first stage ovarian cancer,  post diagnoses, and treatment Cancer was removed from the ovaries and the through the process of IVF, Eggs were preserved from 2nd Ovary of the patient which could be used for future pregnancy.

Freezing ovarian tissue rather than eggs is one of the latest techniques to preserve fertility especially in young girls who have not reached puberty as yet. Those patients in whom cancer treatment can’t be delayed for urgency can also be benefited by ovarian tissue freezing.

Dr. Umesh Nandani Jindal, also informed that a walkathon at Sukhna lake, Chandigarh is also being organized on the occasion on Sunday 8th September at 6.00 am to create awareness about fertility preservation in cancer patients. She invited all to be a part of this initiative and to pass on the information to the common man.