Film under production, will see its release in August 2016

‘25 Kille’ is a home-grown Punjabi movie about four Jatt brothers and their love and unity against the odds of mystery. The movie also has its great share of comedy & pure Punjabi action! The movie not only touches the real essence of Punjab but land owners will relate to its great story line.

The movie also has the greatly anticipated return of the respected versatile veteran actors Guggu Gill and Yograj Singh working together once again after a long gap of 16 years. This super partnership of these two great actors is surely going to send fans worldwide rushing to the cinemas. Hence long queues are expected!

Indian film actor Ranjha Vikram Singh who is popularly known as Locovicky to his fans plays the lead in the film. He said, “After the success in last Bollywood hit ‘Heropanti’ and South Indian films such as ‘Rana Vikrama’, ‘Rebel’ and ‘Manadhil Maayam Seidhai (MMS)’, I was eagerly waiting to debut in Punjabi film industry. I am super excited and proud to do this film in my mother tongue Punjabi.” 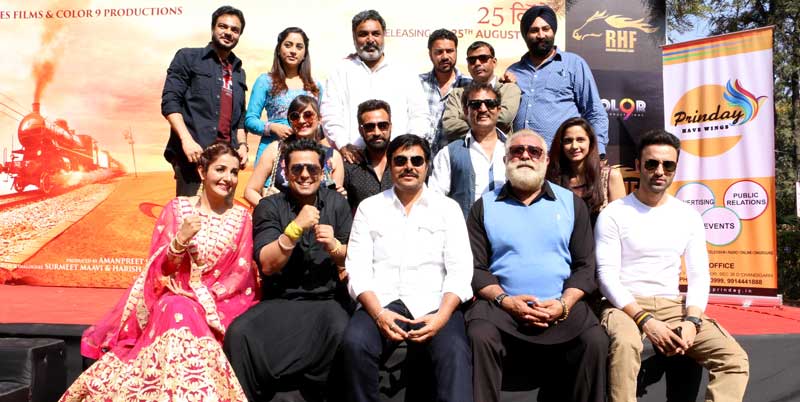 ’25 Kille’ movie’s release date is 25th August 2016. It has been produced by Amanpreet Singh Sodhi, Vikram Singh and Shirin Morani Singh. The story has been written and directed by Simranjit Singh Hundal and music has been composed by Jaidev Kumar.