newznew (Chandigarh) : The scarcity of Producers in Punjabi Film Industry doesn’t exist anymore now. Besides the big film making companies, lot of businessman are contributing a lot in the movie making industry. Businessman Dalvinder Guraya and Raman Aggarwal, under their banners and Guraya Films Enterprises Pvt. Ltd. and Raman Aggarwal Films are also going to announce their two Punjabi movies. The poster for these movies was revealed today. 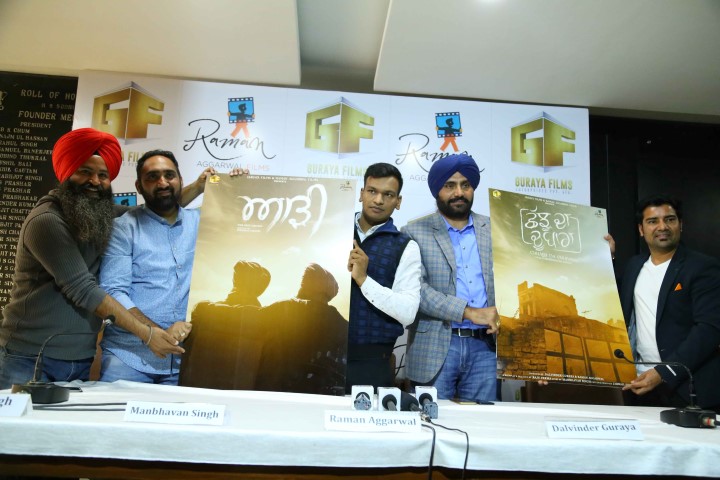 The movie’s team which consisted of Dalvinder Guraya, Raman Aggarwal along with the Director Manbhavan Singh, writer Gurpret Palheri (Giani) and Jarnail Singh of Virasat films were present on this occasion. The posters of “Aadi – The Best Friend” and “Chajju Da Chubara” were released today.

The first movie, “Chajju Da Chubara”, will be written and Directed by Manbhavan Singh whereas, “Aadi-The Best Friend”, will be written by  Gurpreet Palhari(Giani) and the Director’s name will be revealed soon. Both the films are on different topics. The team assured that both the movies will entertain the audience. Producers Dalvinder Guraya and Raman Aggarwal, said, “They will announce the other movies also while shooting for these two movies is on”. Both the producers assured that they will contribute their part in making this Punjabi industry as good as Bollywood Film industry. 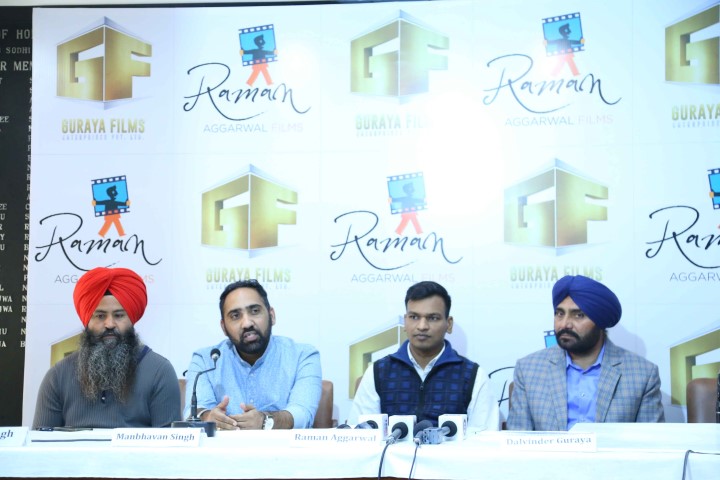 Director, Manbhavan Singh, said, “Punjabi Industry is experimenting with new Topics now and the Punjabi Audiences Expectations from these movies has also increased now. And it is becoming difficult to entertain audience these days but his new film will be made as per the audience’s expectation”.  From a long Gurpreet Palheri(Giani), has contributed a lot in Punjabi as well as hindi cinema industry. He has contributed a lot in Gippy Grewal’s “Ardaas”. The team of the two movies has assured that they will impart new information related to these movies.