11th admission 4th list for FYJC admissions in Mumbai, Pune regions has been declared today i.e. on 6th August as per the schedule. While the School Education and Sports Department has scheduled the release of FYJC 4th merit list for 5 pm, the allocation list was published the morning itself, as it was done during 3rd list release. The admissions in First Year Junior Colleges (FYJC) is being done through online mode under the Centralized Admission Process for six regions; Mumbai, Pune, Amravati, Aurangabad, Nagpur and Nashik. The students will have to check FYJC merit list on respective regions’ portals at 11thadmission.net. 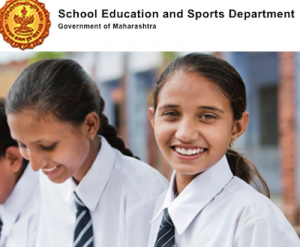 Earlier on 29th July, the third merit list for FYJC admissions 2017-18 was published by the Education department. The students were given time till 1st August to report to the allotted Junior Colleges and secure admission. Following it, the vacancy status and cut-off marks of 3rd round were revealed and the students were instructed to register for 4th round of admissions.

In Junior Colleges across Mumbai metropolitan region, more than 1.37 lakh students have secured admission in the first three rounds. There are over 2.3 lakh applicants for these seats and after the completion of 3rd round, around 93,000 seats under general category are still remaining unoccupied. There are additional 23 thousand quota seats which include minority, management and in-house seats and will be filled at College-level. Of the 98,000 students, only 47,956 were allotted seats in 3rd round, while there are over 50 thousand students who are yet to get allotted a seat.

Ever since the first round of seat allocation ended, the students were hopeful that the cut-offs in top notch colleges will reduce. The third round list witnessed almost same or slightly higher cut-offs in Arts stream across the colleges. For the 4th round too, it is believed that cut-off in Arts will go high, while the cut-off in Commerce may remain same. For Science stream, the cut-offs are expected to fall a bit. Meanwhile, many top colleges in the region decided to start the academic session without waiting for the 4th list as the seats were full. The Colleges defended their decision with a view that the admission process has already delayed the academic session which should have started by the mid of July.

Of total 91,670 seats in Junior Colleges of Pune, there were around 44,650 seats available in the third round. Around 14,392 students were allotted seats in third round against 35,173 applicants. For the 4th round, over 41 thousand seats are available. The seat acceptance ratio has been decreasing with the passage of each round. In the first round, around 51.06% of 48,315 allotted seats were confirmed, while around 43% of 24,536 allotted seats were confirmed in the 2nd round. In the 3rd round, around 31.5% students who were allotted a seat confirmed admissions.

As per the revised admission guideline, it was mandatory for students to take admission if they are allotted their first preferred college. But here is a good news for all those candidates (allotted their first preference college in first three rounds) who could not confirm their admission, they will be given another chance to participate in the admission process. After the fourth round, a fresh schedule will be announced depending on the availability of seats.

As far as the FYJC 4th merit list is concerned, the students will have to access their respective region’s 11thadmission.net portal and check their allotment/ merit status by logging in it. The students allotted a seat as per 11th admission list 4th round will have time till 8th August to report to the concerned Junior College for furnishing admission formalities as the academic session is due to commence from 9th August.

MICHELIN® RADIAL NZG Tehcnology for the First delivery of The...