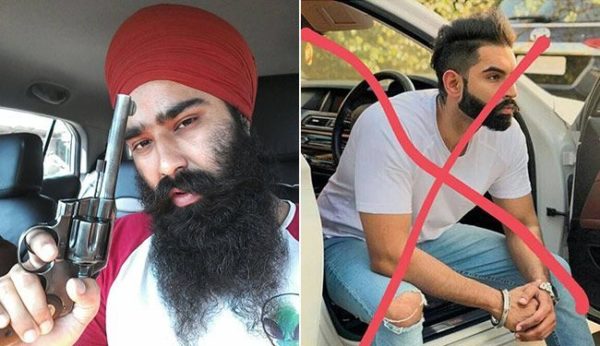 Dilpreet Singh Baba, who recently shot Punjabi singer Parmish Verma and took the charge for the same on social media as well has now been arrested by the Police in Chandigarh. Although further investigations have been going on regarding multiple cases on the gangster.

Around 12.30 Pm Punjab Police got a hidden information regarding gangster Dilpreet Baba been seen near Sector 43, Chandigarh in a White Swift car with number HR 04G 0834. Following the information, Punjab Police informed Chandigarh Crime Branch and in a joint operation, they held over the Gangster at the backside of Sector 43 bus stand road.

Amanjot Singh, who was heading the Crime branch team from Chandigarh held the naka and on the other side, it was Mohali Police. When Gangster tried to escape, he opens fire on the police team and even the police fired over him. In the incident, Dilpreet Singh Baba has been shot near his thighs and admitted in PGI Chandigarh. Police have found a Pistol from the location.

What happened with Parmish Verma on the day incident

On 14 April 2018, Punjabi singer Parmish Verma was shot in Mohali when he was returning back from an event in Chandigarh. After the incident, the most wanted Gangster Dilpreet Singh Baba took over his social media account and took the charge of the incident. Even he has been an accused of Sarpanch murder, who was shot in Sector 38 Chandigarh last year.

Although there have been many more cases on the Gangster, furthermore investigation from the gangster will solve many other cases as well. As of now, he has been treated in PGI Chandigarh and the moment Chandigarh Police will take a charge on him will unveil much more information on Parmish Verma and Gippy Grewal extortion call as well.