NewZNew (Chandigarh) : Till a few months ago, only the most dedicated of showbiz enthusiasts and reality TV watchers knew who Gauahar Khan was. That changed in November 2014 after the actress was slapped in public by a man who objected to the ‘skimpy clothes’ she wore. 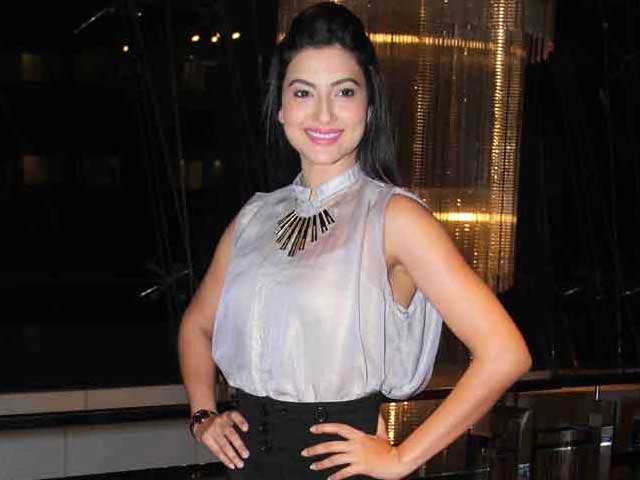 Born on August 23, 1980, in Pune, Gauahar Khan was recruited into the world of glamour fairly young. In 2002, when she was 18, she participated in the Femina Miss India beauty pageant and placed fourth. The same year, she represented India in the Miss International pageant.

A career in television followed and Gauahar appeared in a couple of music videos, including the immensely popular Hawa Mein Udati Jaaye by Bombay Vikings (2002). She also anchored a popular gossip show called Page 3 on TV.

She then appeared in television advertisments for Bajaj Auto, Ford Ikon and Tanishq jewellery. But it was reality television which gave Gauahar her ticket to fame. In 2009, she participated in the celebrity dance show Jhalak Dikhhla Jaa (Season 3) and emerged as the first runner up. From 2011 to 2012, she appeared with her sister Nigaar Khan in the TV show The Khan Sisters which revolved around their life.

Gauahar’s Bollywood career has been lukewarm so far, beginning with her debut in the 2003 film Miss India: The Mystery. She also appeared in an item song for Madhur Bhandarkar’s film Aan: Men at Work (2004) and grabbed a meaty role in the 2009 Yash Raj Films production Rocket Singh: Salesman of the Year, starring Ranbir Kapoor.

She also featured in an item number called Parda Parda in Milan Luthria’s Once Upon A Time in Mumbaai (2010) and received rave reviews for her item songs in 2012’s Ishaqzaade in which she played courtesan Chand Bibi. She also had a role in 2011’s ill-fated Game, co-starring Abhishek Bachchan.

In 2010, Gauahar was also cast in the lead role in stage musical Zangoora.

On 30 November 2014, Gauahar was slapped by a man named Akil Malik as she was hosting the final episode of India’s Raw Star, in front of an audience of 2,500 and 250 bouncers. The accused was immediately overpowered by the security guards deployed there, following which the police were notified.

The incident left a deep impact on Gauahar who said she felt the pain of women who were morally policed.

She said later, “Yes I was attacked, the physical aspect being a major part of it, but what that coward tried to do to me mentally was even more grave. He attacked my integrity and tried to camouflage his cowardice by his rubbish claims of wanting to send out a message of hat he thought the youth of Indian needed today.”

“This loser doesn’t represent my beautiful faith which in itself means peace and submission,” Gauahar added while stating to NewZNew that she fully trusted the judicial system of the country. 2015 began on a chilly note for the reality TV star who found herself the focal point of controversy yet again.

Gauahar’s attacker recently alleged that she paid him for slapping her in public. The actress has dismissed his claim as “ridiculous.”