NewZNew (Zirakpur) : The 4th Edition of International Salsa Festival(ISF) is being held at Hotel Ramada Plaza , Zirakpur from August 5 till 7, in which Salsa & other couple dance forms’ artists’ will converge from the Middle East, Italy, UK, France, Australia &  of course across the length & breadth of India . A press conference was held to share details about the Festival by Club Salsa International (CSI) which is organizing the dance extravaganza in association with The Dance Studio, Mohali.  In the press meet International Artists — Kizomba Fever from Abu Dhabi, a renowned group of dancers & choreographers of KIZOMBA — were present. “It’s great to be part of ISF, Chandigarh which has made a mark not just in India but globally as well. Our group Kizomba fever will be holding workshops in Kizomba. We want to promote this African dance form in India.”Said Cinta Rodrigez, a member of Kizomba Fever Group.

Karlito & Diana from Bahrain who are Salsa & Bachata Experts, from the group ‘Danza Bahrain’ & Kaytee from Italy also participated. National Artist who interacted with media was Vinu John from Chennai. “I am the Artistic Director of Madras Touch team which is associated with Island Dutch Dance Academy (USA) that’s owned by the Iconic International dance Couple Ataca & Alemana. I am looking forward to sharing my expertise with tricity dance enthusiasts.” Said Vinu. Owners of CSI Varun & Barsha who are well known International Salsa & Bollywood instructors from Chandigarh were also present. 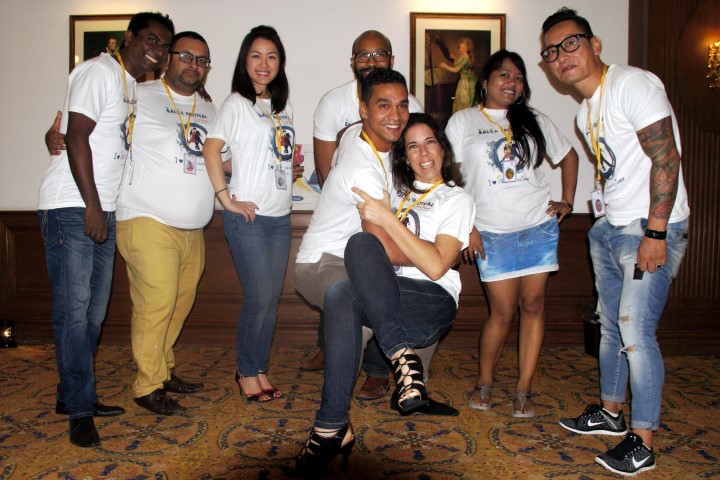 “We have put up a huge Festival this year. With 30 hours of workshops, & a grand showcase night, this year’s ISF, will certainly put Chandigarh on the International Salsa Map. The Festival will witness training capsules by established experts in different dance genres. Not just Salsa, we have workshops by renowned names in Kizomba, Pachanga, Street Jazz, Jive, Kizomba, Contemporary, Belly Dance, Masala Bhangra & even Kathak.” Said Varun from CSI. “During the three day ISF, all the International & National experts will conduct workshops for dance enthusiasts & the hard work of trainees will be showcased in the Grand Finale to be held on 7 th August.” Adds Barsha.

A fashion walk too will push up the glam quotient at ISF. A ramp walk by Mr.  & Ms. Planet Winners of Indian Leg of the Beauty Pageant will be held. Mr. Planet winner Sachin Sharma and Ms. Planet winner Rashmi Thakur both will represent India in the International Leg in Georgia in September.