Globe Toyota set to expand its presence in SUV market in region: As the subcompact SUV segment is becoming more diverse and popular with today’s car lovers, Globe Toyota is all out to make the most of emerging opportunities in and around ‘Greater Tricity.’ “There is a strong sentiment for SUVs in the  Mohali region. 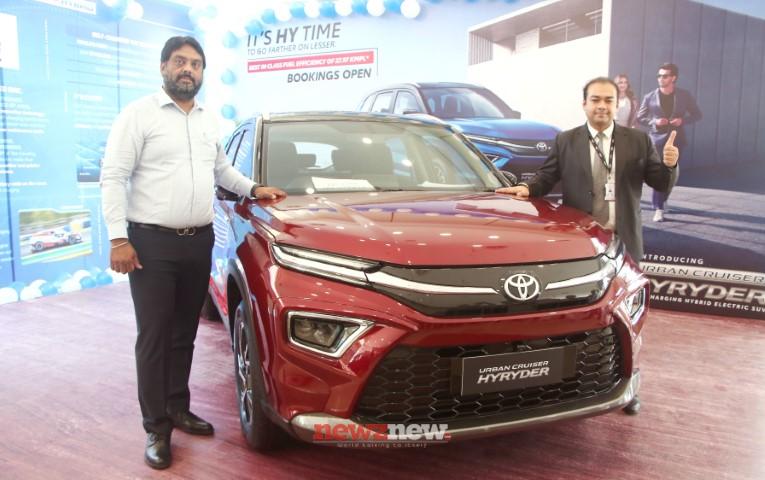 This sentiment goes beyond the tricity to places like Ambala, Yamunanagar and Ludhiana. We are well positioned to cater to SUV needs of the region which we also identify as ‘Greater Tricity’,” said Ashu Misser, Head, Marketing, Globe Toyota.

A reliable and key player in the SUV segment, Globe Toyota has added urban cruiser Hyryder, a self-charging strong hybrid electric vehicle to its kitty. The SUV was showcased here for media persons. Equipped with several ‘first in segment’ features including a self-charging strong hybrid electric power train that delivers best-in-class fuel efficiency, Urban Cruiser Hyryder is all set to give a boost to the SUV prospects of Globe Toyota.

“Yes, we are quite upbeat over Urban Cruiser Hyryder, which has given a great impetus to Toyota’s efforts of ‘mass electrification.’ We have unveiled Hyryder not only at the  Globe Toyota outlet in Mohali but also at our outlets in Ludhiana, Ambala, and Yamunanagar. This vehicle is going to be a big disruptor in terms of market share. We are really hopeful to expand our footprints among niche target groups,” added Misser.

Also Read :   Now fly non-stop to Turkey - only with MakeMyTrip !

“Toyota has always been guided by the strong commitment to build a sustainable community, living in harmony with nature. One of our key focuses is to shift towards low-carbon energy sources and provide practical and sustainable mobility solutions, in support of various ambitious national goals. The Urban Cruiser Hyryder will help safeguard the environment as it is eco-friendly” added Misser.

He informed, that Toyota’s self-charging hybrid electric vehicle uses a gasoline engine and an electric motor. The vehicle can be driven using its electric power alone, as well as with the engine and electric motor working together. Electricity is generated as you drive the car, captured from the energy created when you brake or slow down, explained Misser.

In reply to a media question, Misser said that the response is very good. Bookings are open across all Globe Toyota dealerships at the initial payment of Rs 25,000. Toyota always brings in models based on the studies of consumer preferences and industry trends. Hyryder is aimed at delivering exemplary performance, best-in-class fuel efficiency, quick acceleration, and a smooth drive, he added.