Ajit Lakra and his team declared the following elected as unanimously:

The newly unanimously elected team received thunderous applause from the members. Narinder Kumar, President and entire newly elected team nominated and announced Ram Krishan as Chairman for the term and assured the members that his team will leave no stone unturned for the betterment of the association and the industry on the whole. 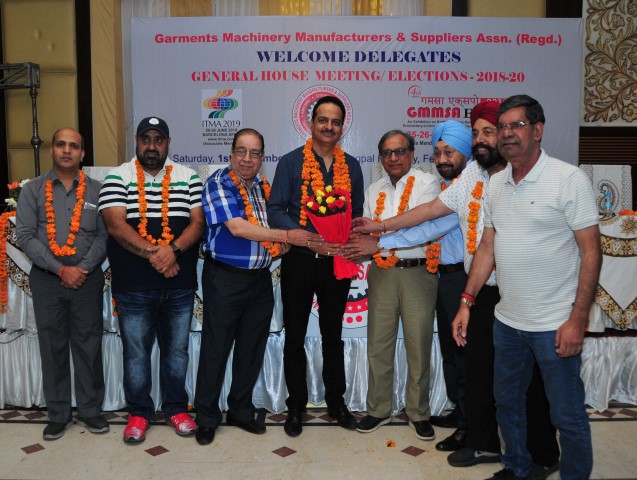 Ram Krishan addressed the elite gathering that it’s a proud moment for the association to elect the new team unanimously for the ninth time in a row. He further added that the credit goes to the positive approach and vision of the members.

Teja Singh, Gurpreet Singh and Parmesh Wasist (Robby) appreciated the efforts of team GMMSA. Gurdev Singh – General Secretary spoke about the achievements of the association during the last term. Amit Jain – Treasurer briefed about the financial status of the association.

Deepak Kumar Singh, Vice-President HDFC Bank Pvt Ltd – Ludhiana Zone appraised the members about the importance and role of banking in the Indian economy and to boost your financial status in the present scenario and services of HDFC Bank available for the industry.

Ram Krishan and Narinder Kumar appreciated the efforts of the team GMMSA to hold GMMSA Expo INDIA 3rd Edition this year in February and vowed to organize the much awaited 4th edition of GMMSA Expo INDIA 2019 on a grandeur scale to be held from 25th January to 28th January 2019 at Dana Mandi, Bahadurke Road, Ludhiana. Large number of members of association graced the occasion.