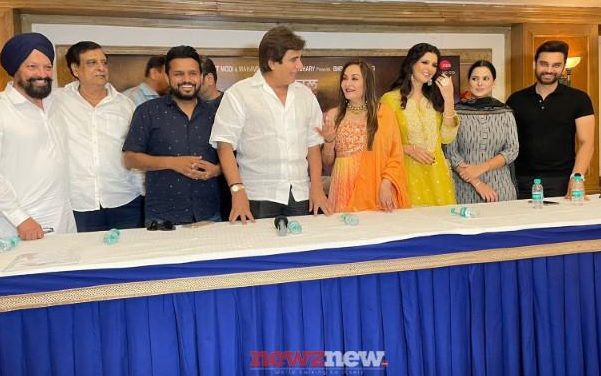 The Film has remarkable performances by seasoned Bollywood actors like evergreen RajBabar and Most glamrous Jaya Pradha supported by Ace comedian Ihanna Dhilon . Most popular and prominent Punjabi film stars like Gurpreet Ghughi, Karamjit Anmol, Sardar Sohi, Hobby Dhaliwal, Nav Bajwa and Harby Sangha who have given very strong performances in this superbly made film with technical support from south by none other than action master Sridhar and dialugues by Tata Benipal.

The Music in this Film has been rendered by popular worldover Sukhvinder and Gurumeet. Most melodious Hit songs penned by lyricist Kumar have been rendered by accomplished singers  of music world likes of most famous Sukhwinder Singh,Sunidhi Chauhan ,Nachattar Gill and Mannat Noor.

A heart touching meaningful story about an NRI family with one of the best  star cast and superb technical crew BMB Productions  has succeeded in creating this masterpiece under magical direction by K C BOKADIA which  will surely be warmly acclaimed and enjoyed by punjabi viewers of not only  India but across the world.