Renowned Punjabi singer Malkit Singh, who recently released his album Midas Touch 3 under the label of Saga Music, has unveiled a single — ‘Virsa’, from the album.  With ‘Virsa’, till date, six songs has been released under the album Midas Touch 3; the earlier tracks launched were  Teer Tukke, Maa Da Pyaar, Sade Wala Time, Yaari Jattan Di, and Desi Peeke. Virsa was launched by Malkit Singh and its preview was held for media at the Press Club. 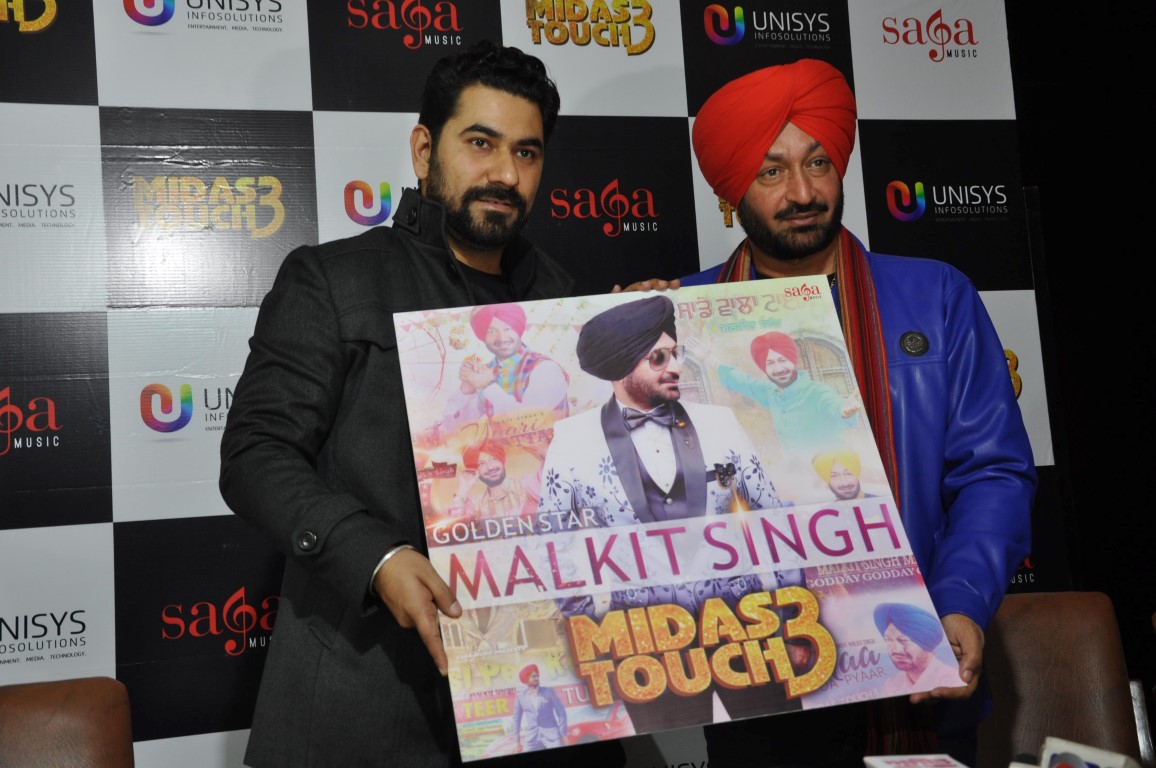 “The single ‘Virsa’ is melodious & am sure it will touch people’s hearts with its sweet music & lyrics.” Said Malkit Singh.

The name of the album Midas touch has been carefully chosen. Midas Touch is often referred to as the Golden Touch or more elaborately it can be said that everything will turn into gold when touched by the person who is blessed by this gift of God.   “Every song of the album creates a mesmerizing aura around the listener. Malkit certainly is blessed with the Golden Touch.” Said Sumeet Singh, MD, Unisys Infosolutions & Saga Music.

Malkit Singh, is a very senior singing sensation of Punjab, & is still creating benchmarks in  singing. 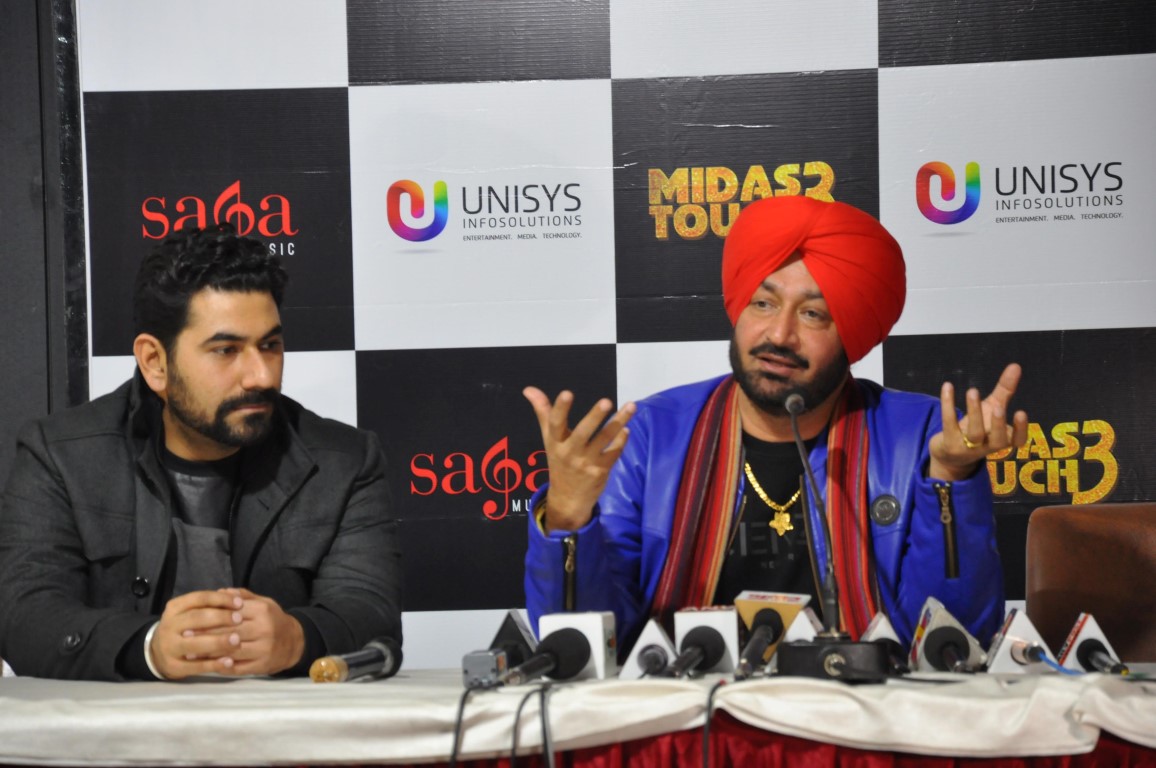 “Talking about songs other than ‘Virsa’ in Midas Touch 3, ‘Maa Da Pyaar’ tells the importance of mother in one’s life, ‘Teer Tukke’ displays the real struggle of immigrants in unacquainted countries, & how they get over troubles and ultimately succeed and the other three songs are of the party variety but they also have an emotional connect with the audience.” Says Malkit.

The songs of Malkit’s album including ‘Virsa’ are soothing and help one get away from noisy  songs of today & give one real music and melody. Along with the melody in the songs, Malkit succeeds in providing just the required beats to dance on the tunes of Bhangra. It is noteworthy that Malkit has won the Guinness Book of World Records as the highest selling Bhangra artist of all times, back in the year 2000. 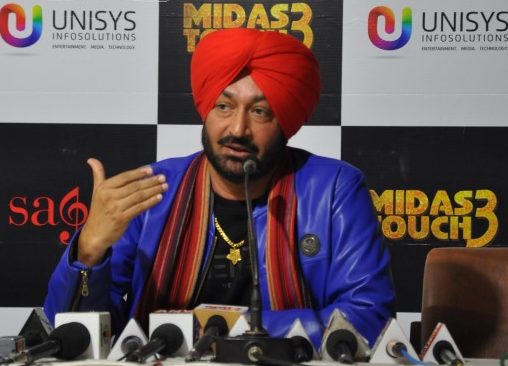 Saga Music, which is the biggest music label of Punjab, envisions to promote such songs that take away people from the repetitive noisy music & songs based on poor lyrics. To achieve this objective it is promoting artists like Malkit who produce musical masterpieces which leave an impact on Punjabi music lovers.

Maharaja Agrasen University to organize an international conference on Pharmacology and...