It was a proud moment for Chandigarh when the news circulated about the city’s 16-year-old boy, Harshit Sharma been hired by Google as a Graphic Designer. But as and when Google learned about such a thing been spreading like a wild fire in the forest, it came up with its own say and denied any such appointment of a teenage boy from Chandigarh. 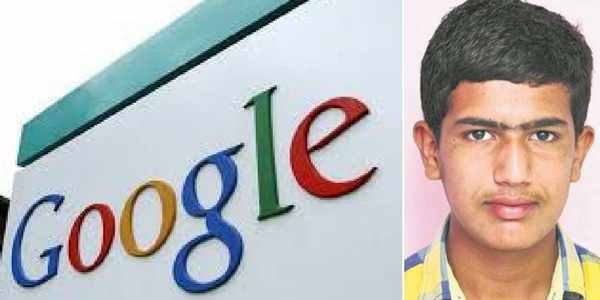 As per the rumoured news, the Chandigarh teenager, Harshit Sharma boasted to have been appointed by Google for its US office at a package of Rs 1.44 crore per annum. But Google in its denial said that they do not have any record of any 16-year-old Chandigarh based boy been hired as their employee. Google said that they do respect the candidacy of Harshit Sharma but rubbishes the news of his hiring as fake and bogus to seek attention in the media.

Not only this, the school from which Harshit Sharma had passed out, Government Model Senior Secondary School (GMSSS), Sector 33, Chandigarh had also released an official press release congratulating him on being appointed by Google as a Graphic Designer. In fact, the teachers and the principal of Chandigarh based 16-year-old Harshit Sharma mentioned that he is a brilliant student and an all-rounder. He had won the smart school status in 2016 and helped teachers in various computer based knowledge.

As per the sources, Chandigarh’s Harshit had applied for the job in various organisations and after being shortlisted by Google he was interviewed online. He then got selected by Google as Graphic Designer on the basis of a poster that he had designed. In fact, he was rumoured to have been promised an annual salary package of Rs 1.44 crore by Google, which included Rs 4 lakh per month during the initial training period and Rs 12 lakh per month thereafter.

Now after Google has come up in denial with Chandigarh’s teenage boy, Harshit Sharma’s hiring with the organisation, the Chandigarh Administration has started a probe into the matter and will soon give the details on it stating whether it is fake or not.