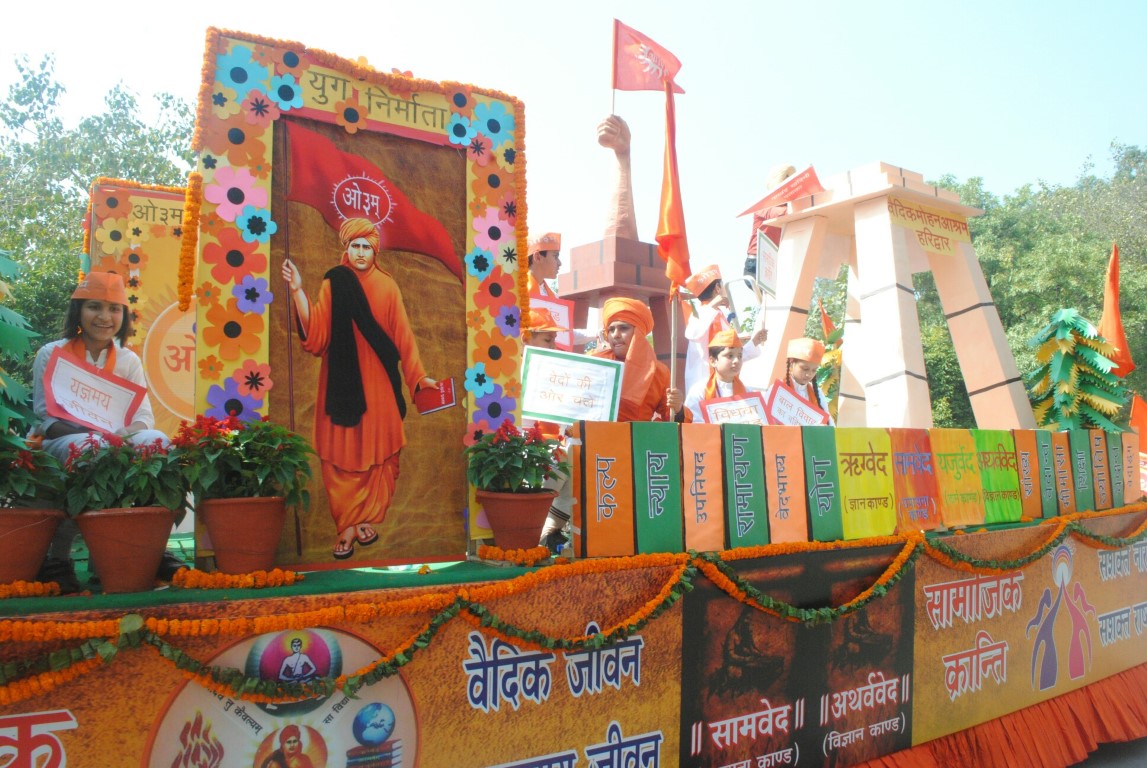 President of Arya Pradeshik Pratinidhi Up Sabha, H. R. Gandhar flagged off the Shobha Yatra . It was started from Arya Samaj, Sector 7 and passing through sectors 8, 18 and 19,  concluded at Arya Samaj, Sector 19 Chandigarh.  The D.A.V. educational institutions and Arya Samajs of Chandigarh, Panchkula, Mohali, Derabassi, Ropar,  and Surajpur participated in it with full zeal and zest. The soldiers of Swami Dayanand speciallly girls were riders on decorated horses show the women empowerment, led the Shobha Yatra.
The life of Swami Dayanand Sarswati, Vedas, yajna, patriotism, arya traditions, environmental purity, children with small flags bearing Aum, distribution of vedik literature and a large number of vehicles of different models made the Shobha Yatra more remarkable.  Shri Ravinder Talwar president of Kendriya Arya Sabha thanked the participants at the conclusion of the Shobha Yatra. 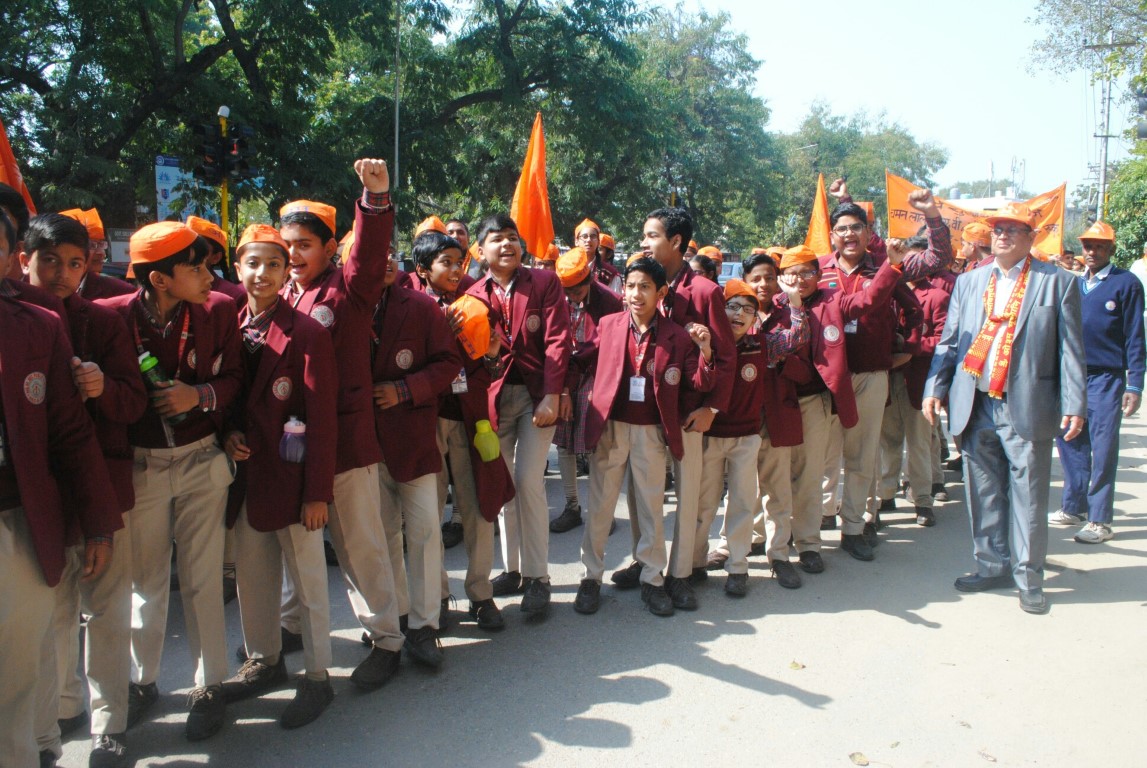 New Tagline to the show “May I Come in Madam?”