[dropcap]B[/dropcap]ollywood’s Superstar Akshay Kumar is all set to become the Judge of the talent hunt “The Great Indian Laughter Challenge”. which will be aired on Star Plus. The Khiladi Kumar himself confirmed the news through his twitter handle. Rightnow the actor is busy with the release of his movie ‘Toilet- Ek Prem Katha“. He will soon start shooting for the show as soon as he is done with his movies.It would be amazing to see Akshay setting humour quotient up with his great comedy skills. 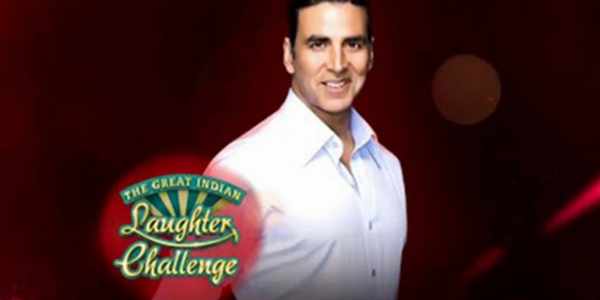 The Actor, Akshay Kumar, famous for his roles in Action Movies also has to his credit many comedy films, such as Hera Pheri, Welcome, housefull and Khatta Meetha. But, seeing Akshay judging the laughter show would be altogether a different experience.

According to spotboye.com, the ace comedians mallika dua and zakir khan will be seen as mentors to the contestants. The Concept of mentors is introduced this time to help the budding comedians improve their performances. as there are going to be 3 mentors for the show, the hunt for the 3rd one is still on.

Having Great comedian skills? well, It’s a Golden opportunity for you to showcase your talent. Registrations for the Auditions have already started. All the registered candidates will get an opportunity to perform in front of the Great Akshay Kumar.  The details for the on ground auditions have been listed below:

The khiladi, Akshay Kumar, took to his Twitter handle to release the Teaser of the show. In the official Trailer the 49 year old actor is seen inviting the participants for the show. the actor is heard saying “kya apki comedy timing perfect hai? Mujhe Taalash hai apke jaise Best stand-up comedians ki.” To have a look of the official trailer go to the link given below :

Watching the show would surely be a laughter riot.

Also Read :   Over 450 domestic and international companies exhibiting at DelhiWood