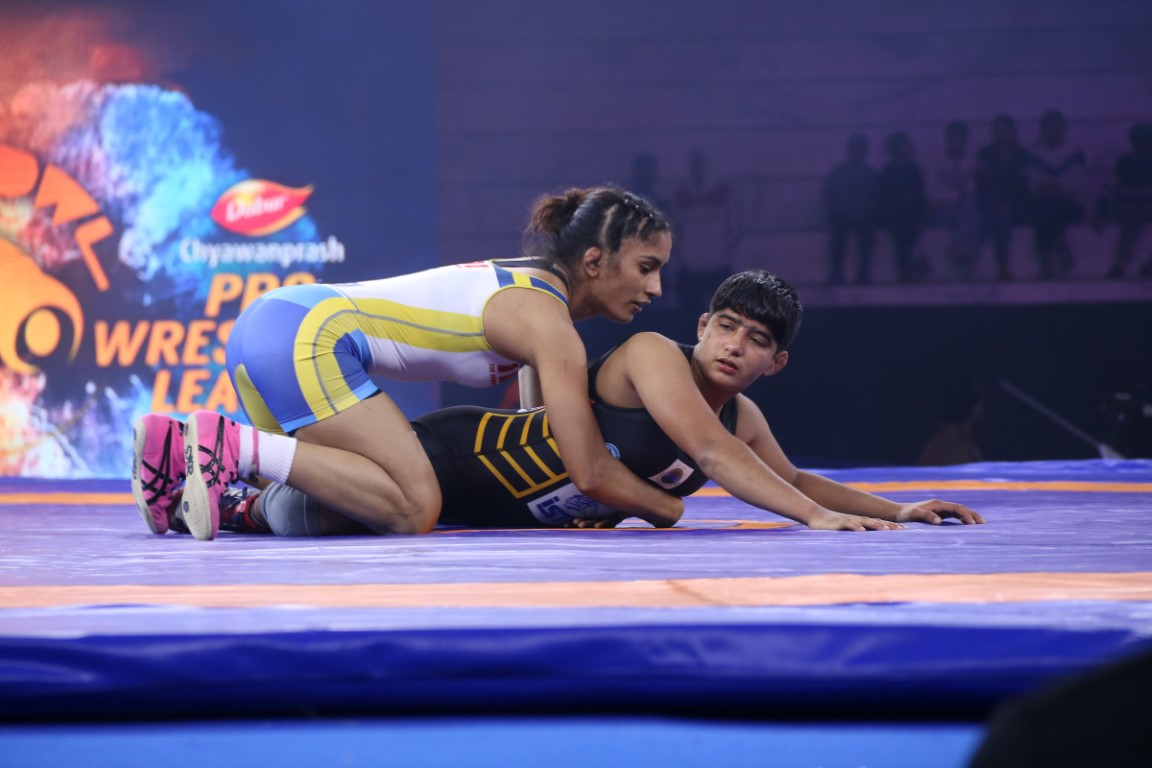 It was Asian Games gold medallist Vinesh Phogat who clinched the tie for the Mumbai team winning the sixth bout of the evening to give her team an unassailable 4-2 lead with one bout to go.

The other Asian Games gold medal winner Bajrang Punia, who fought the last bout against national champion Harphool, reduced the winning margin by clinching the final bout of the evening. Though up against the Asian champion, Harphool showed no nerves and displayed tremendous grit and determination before going down 2-8.

As expected, the 53-kg category bout between Anju and Asian Games gold medallist Vinesh Phogat turned out to be an one-sided one. Anju, who won the gold in the girls U-17 53 kg category in Khelo India Youth Games two day’s ago, couldn’t keep the Asian champion at bay for too long and lost 8-0 when the referee stopped the bout.

Earlier, former European U23 champion Russian, Ibragim Ilyasov of Mumbai Maharathi won the first bout defeating Nitin Rathee 9-7 in the 57kg category in the opening bout to give Mumbai the lead.

In the women’s 57kg category Mumbai Maharathi’s Bulgarian wrestler Mimi Hristova took a huge 14-3 lead against Punjab Royals’ Venezuelan wrestler Betzabeth Angelica after the first round and was looking like running away with the bout. But the Punjab wrestler had different ideas and she turned the tables on Mimi to win 17-16 in what can be regarded as one of the greatest comeback in PWL history.

While the 57-kg bouts saw lot of aggression from the wrestlers, the 74-kg bout between Mumbai’s Sachin Rathi and Punjab’s Amit Dhankhar was full of caution with the Royals wrestler taking a 2-0 lead after the first round. After the break, Rathi pushed Amit out of playing arena to take a 3-2 lead and finally clinch the bout to put Mumbai ahead. 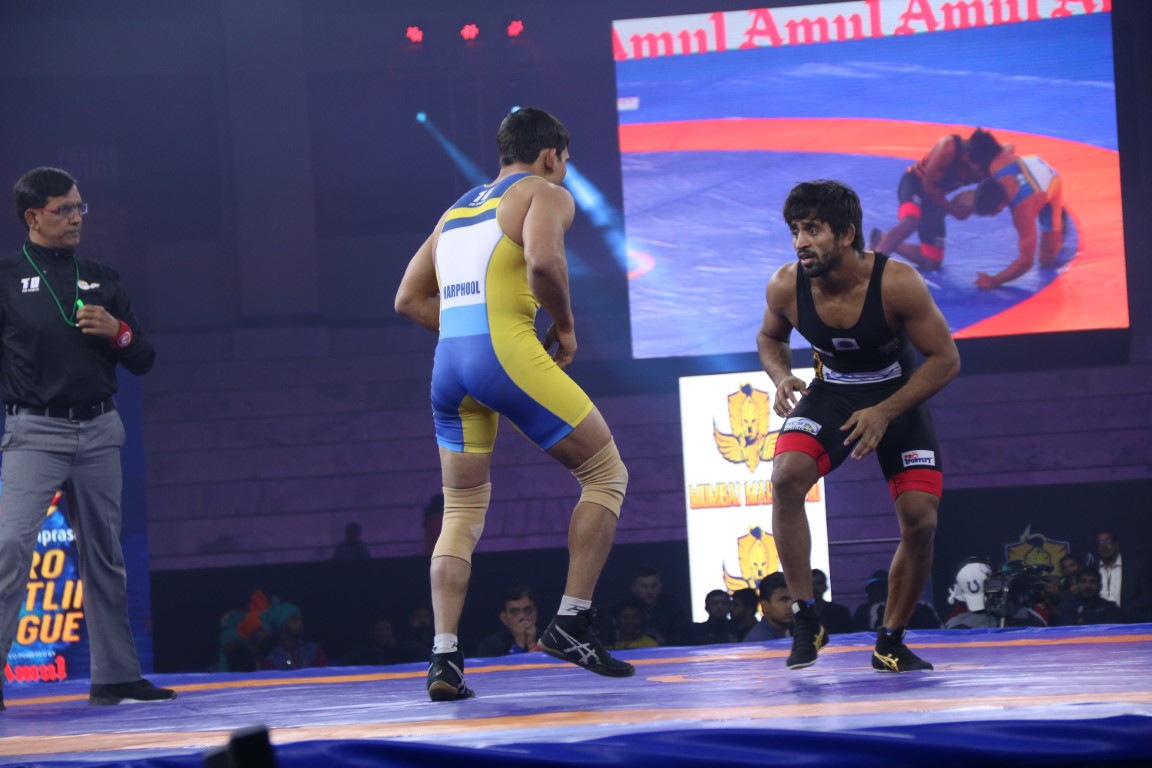 The 76kg category female bout saw two European Championship medalists in action. It was a very tactical approach by both wrestlers and Mumbai’s Hungarian wrestler Zseneth Nemeth managed to bag just one point after the first round against Punjab’s French wrestler Cynthia Vescan. Zseneth added two more points after the break to win the bout 3-0 in the end.

In the 86kg category, it was Punjab Royals Georgian wrestler Dato Magarishvili who dominated the bout from the start against local boy Deepak Punia and won quite comfortably 10-2 in the end. The twice European Championships medallist hardly broke a sweat against the 2017 Asian junior bronze medallist to bring Punjab Royals back in the contest.

Gift a memory to your teacher with ‘Connect Teachers Day...