The Institute of Cost Accountants of India (ICAI ) holds one day seminar on GST, Banking & Insolvency Code and Valuation Rules-2016 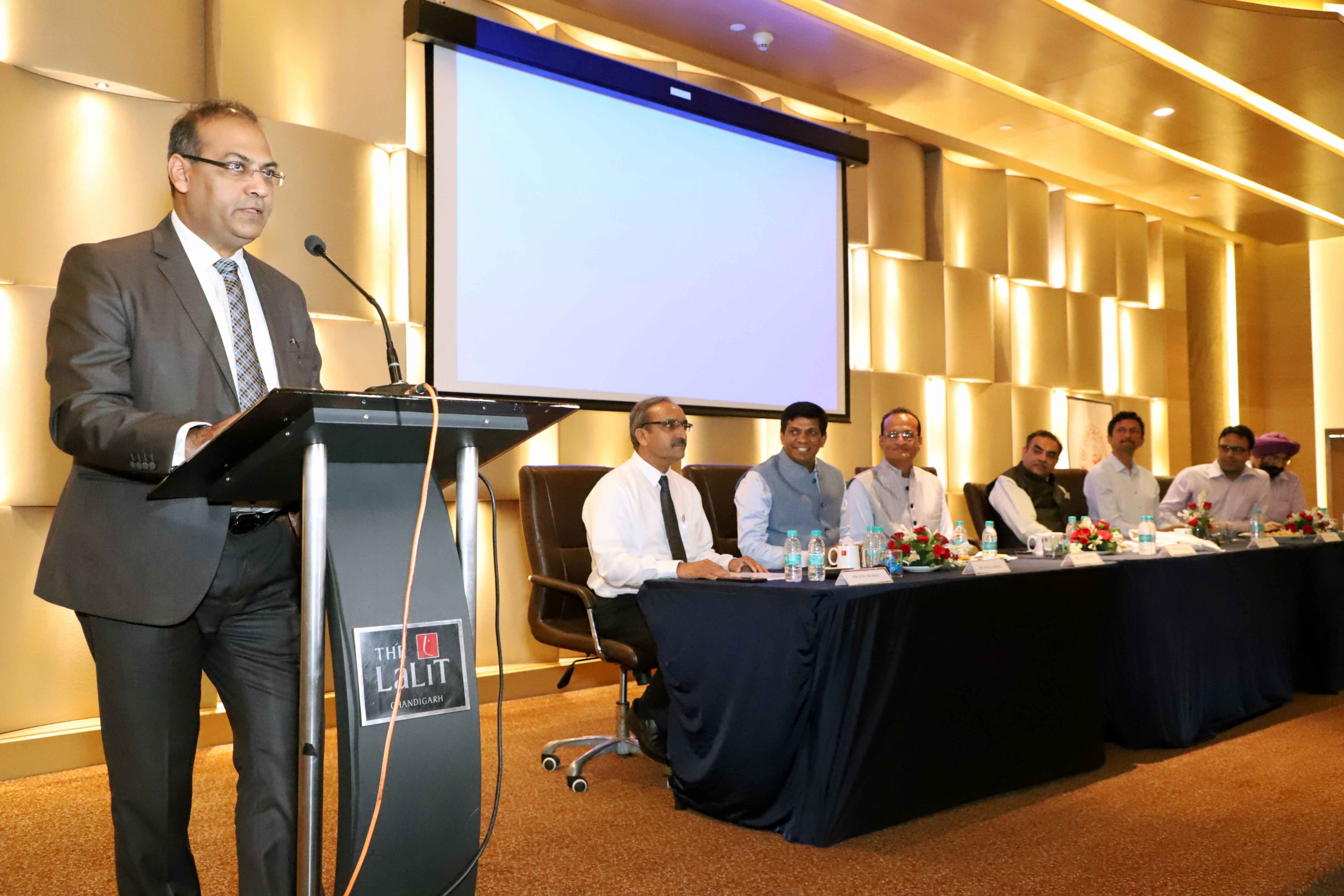 Delivering a key note address on the occasion, CMA Sanjay Gupta, President of ICAI-CMAsaid, “Ethics and Integrity need to be brought in the system and we are working in all aspects to bringing the transparency in the economic system.” He further updated the participants about new initiatives of the ICAI-CMA and what challenges the Accounting bodies have to face in the regime of Artificial Intelligence (IA) era when audit will not be the job of the accounting professionals.

While addressing the gathering, CMA Sanjay Tandon, Chandigarh-  BJP President who was one of the Guests of Honour, called GST, India’s one of the biggest economic reform, which brought transparency  in the Indian Economic system and said, “Earlier government worked on 30 % of the society, which was reasonably good but the effect of decision making could do better. But Modi government addressed the rest 70 percent of the society.

During the seminar, Vivek Atray, IAS Retd said, “World is looking at Indian Economy with a lot of confidence and faith that India will lead the way and show the way to many developing countries.  Indian economy has transformed from one phase to another, more transparency and efficiency came in the system which without GST was not possible”. He appreciate the efforts of CMA profession for conducting such seminars in the interest of all stake holders.

On the occasion, CMA Sunil K Singh Chairman –NIRC also expressed his views on the theme of the seminar, “New Economic Reforms and role of CMA profession”. He also requested the government to give CMA its due role  in achieving the mission of ‘Make in India’. CMA L.N. Aggarwal, Chairman Chandigarh-Panchkula Chapter welcomed all the participants for joining the seminar and making a valuable for all the stake holders.

CMA D.S. Bhatia, presented the formal vote of thanks and submitted to the President of the Institute for its premises in tricity as this part of the country has potential for the profession.

Delivering a key note address on the insolvency and bankruptcy code, Virender Kulharia, IA&AS, Deputy Accountant General, said, “CMA Profession has made equal understanding with professionals , which give limited certification for practice. And wish that there should held more interaction with government monitors and institutes to explore and can do cross pollination of ideas”.

Also Read :   Fisheye addresses women in advertising with a video on #MeToo

While talking on GST, CMA Anil Sharma, Secretary of Northern India of the Institutetalked about the issues, which needs to be addressed by the government. K. Gaurav Dhawan, Additional Commissioner CGST also expressed his view point and also informed the participants about government initiatives to make the GST more user-friendly. CMA Rakesh Bhalla Chief General Manager, SML ISUZU raised various issues that have not been addressed so far and have made working of the dealers more complicated.

In afternoon session CMA Rajansh Thukral explained the scope and challenges of Banking and Insolvency Code. CMA Varind Jain another speaker on the issues talked about the impact of IB Code on Indian economy and the banking system which is facing tough time with NPA.

To evaluate the business net worth in real terms, Valuation Rules -2016 have been released by the government where in professionals like Cost Accountants (CMAs), and other professionals have been authorized to evaluate the business assets such as goodwill, shares, plants & machinery, building etc. What are the challenges faced by Industry and these professionals were discussed at this one day seminar. CMA Aseem Jain, expressed is view point and explain the provisions of Valuations Rules -2016.