GyanDhan a catalyst for abroad education in Chandigarh, Amritsar, & Ludhiana: GyanDhan, India’s First Digital Education Financing Platform and NBFC is witnessing a rising demand for loans from Amritsar, Ludhiana and Chandigarh, as children demand to seek higher education in Canada, UK, Australia and other countries. 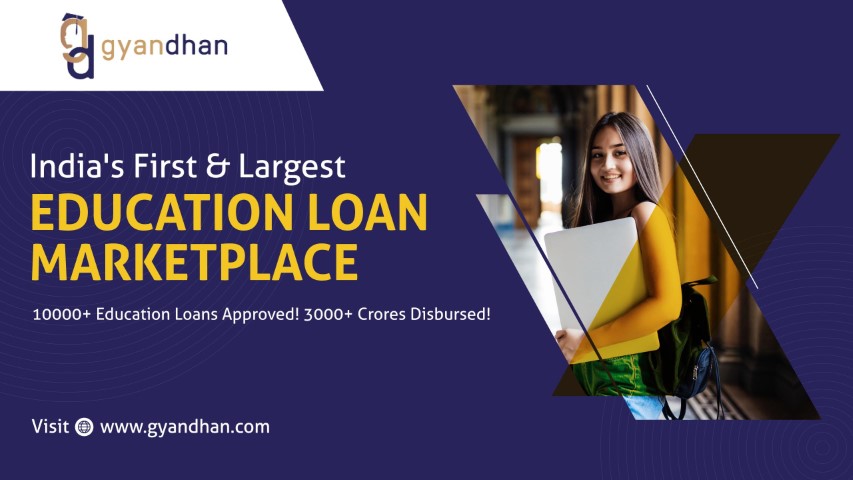 Chandigarh has seen a rise of 60% while Amritsar is 129% and Ludhiana being the highest at 140%.  Canada being the favourite destination is followed by UK, Australia and USA. Courses like Engineering, Technology and Management course has 50% of the share.

According to Gyandhan’s report, aspirants for abroad education are rising at exponential rate of 2.5 times from these cities making them stand under top 20 cities of India. Female students from Amritsar are preferring to go abroad post covid and the percentage has increased to 128% in 2021.

GyanDhan received a loan request of 34 Million USD, with more than 13 Million USD loan amount requests from Ludhiana and Chandigarh. The volume of loan has increased in the last two years. Ludhiana saw 2 times growth in the last year, while Amritsar witnessed 1.5 times and Chandigarh at 1.1 times.

The process to avail a loan at GyanDhan is made easy. They have partnered with several lenders in the market that enables them to fast-track the loan applications of their customers.

Also Read :   Intex Technologies Achieves a Record Milestone of 1.8 Million Production of LED TVs in India at its Baddi-HP Facility

Ankit Mehra, Co-founder and CEO, GyanDhan said, “Historically, students from Punjab and Chandigarh opt for Canada for their higher education abroad. To facilitate an easy and better loan process, GyanDhan is launching a new Group Loan product. Students receive the benefit of GyanDhan’s seamless education loan process along with assured cashback and a chance to win sponsored flight tickets to their destination.”

According to a report, the number of Indian students opting for higher education abroad grew from 440,000 in 2016 to 770,000 in 2019 and is set to grow further to roughly 1.8 million by 2024, resulting in increased overseas spending on higher education. Compared to this, the number of students domestically increased from 37 million to roughly 40 million between 2016 and 2019.