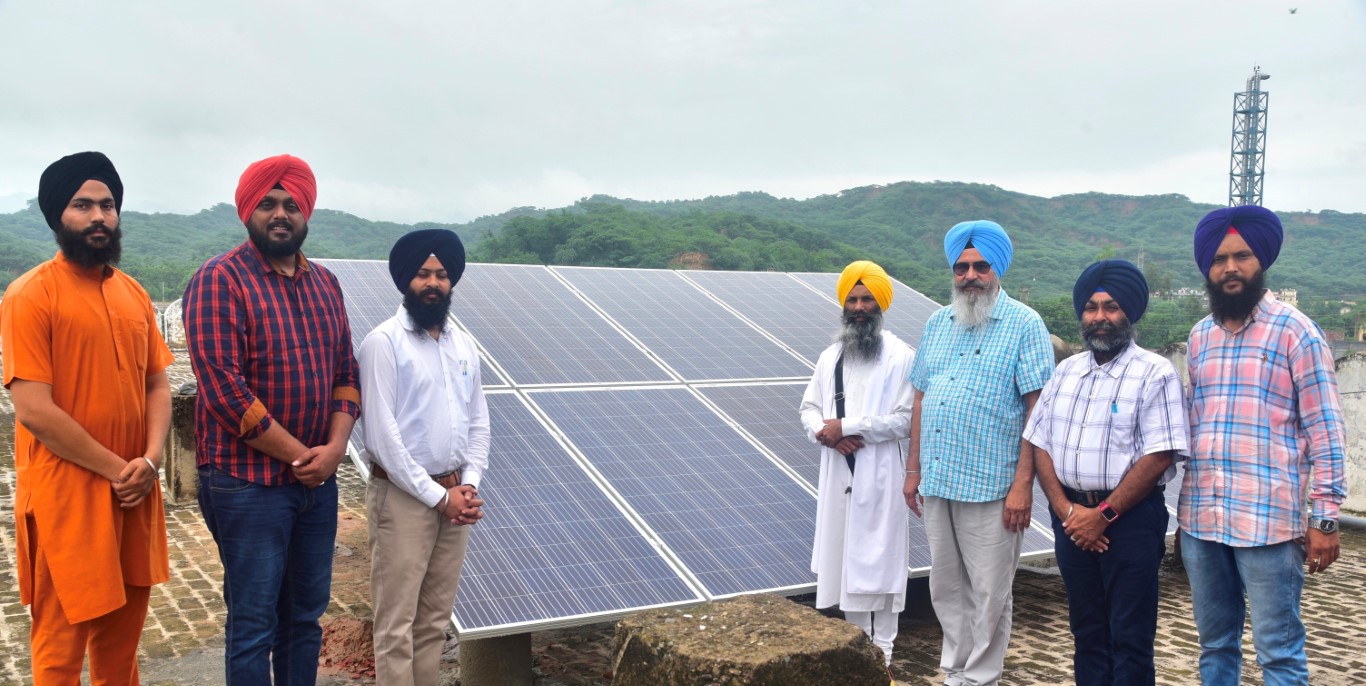 The 10-kWp plant will generate 16,500 units of electricity annually, which will offset 12.91 tonnes of carbon dioxide and meet several day-to-day electricity requirements of the historical gurudwara, which caters to thousands of devotees throughout the year.

With the completion of this solar plant, which has been installed in the parking of the shrine, Gurudwara Nada Sahib can now not only produce its own clean energy to run lights and fans in the parking and the community kitchen but also cut down on its electricity bills.

The scope of work of the project included installation of solar panels, supply, design, engineering and commissioning of the plant. Notably, Hartek Solar had emerged as the first company to install a solar plant at a religious place in the Tricity when it executed a 10-kWp plant at Sanatan Dharma Mandir in Sector 32, Chandigarh in month/year.

The company has equipped the 10-kWp solar plant at Gurudwara Nada Sahib with a unique remote sensing technology, which can be linked to Wi-Fi or GPRS SIM card to get alerts on cleaning and maintenance as well as real-time data on energy generation and savings.

Lauding the Gurudwara management for contributing to the environmental cause by opting for clean energy, Hartek Solar Director Simarpreet Singh said, “It is heartening that such initiatives by religious places and social organisations are encouraging more and more institutions to opt for solar power. Committed to taking up the fight against climate change by contributing to the larger cause of building sustainable energy infrastructure on every roof, we believe in giving back to the society through such initiatives.”

Thanking and congratulating team HARTEK Solar for the wonderful contribution and demonstrating the spirit of service by voluntarily bearing the entire cost of the project, Gurudwara Nada Sahib management Committee Manager Mr Jagir Singh said, “Congratulating team HARTEK for the wonderful contribution and we hope our initiative inspires more and more people to contribute towards building a better world for our future generations by shifting to eco-friendly means like solar energy.

Having commissioned 25-MW rooftop solar projects, Hartek Solar is among the leading rooftop solar installers in India. Within just a year of launching its customised small-scale solar solutions, Hartek Solar has executed rooftop projects in more than 100 households in Chandigarh alone. It has also installed rooftop projects in the institutional, commercial and industrial categories.

Electric Bus from Goldstone Infratech continue to clock 240 kms on...