Government of Haryana signed pact with Verbind at the sixth edition of CII Invest North 2017 being held in Mumbai. The state government has signed an MoU with Verbind for the project to come up at an investment of Rs 20,000 crore in Haryana. The logistics and trading hub will be spread over an area of 600 acres near Gurugram. The public-private project is expected to generate employment for 6 lakh. The HSIIDC will be the nodal agency to execute the project. 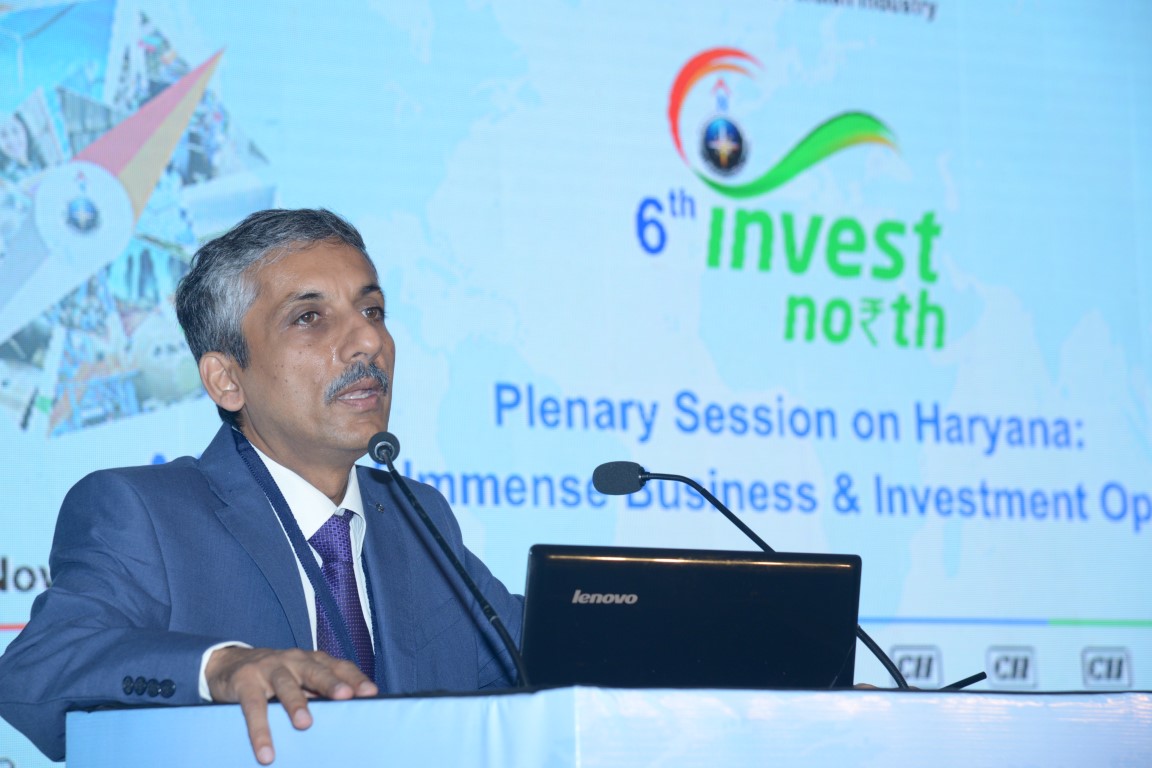 Addressing the Haryana plenary session on the second day of the CII Invest North 2017, Mr Sudhir Rajpal, Principal Secretary, Industries and Commerce, Government of Haryana, said, “Haryana is ranked first among north Indian states in the Ease of Doing Business Index of the Government of India, and sixth in the country. Investor-friendly policies, young population, skilled manpower, highest per capita income, and huge urban market were the key factors driving growth of the state.”

He showcased investment climate, policies and opportunities of Haryana in a detailed presentation for potential investors at the Summit. Acknowledging the state’s strategic location, he listed proximity to high consumer base of NCR and the passage of two major industrial corridors of Delhi-Mumbai and Amritsar-Kolkata as main contributors to the growth of the state.

As per the National Council of Applied Economic Research (NCAER) State Investment Potential Index 2017, Haryana is ranked fourth among the Indian states. The state also ranks first in terms of Governance and Political Stability. Speaking about the conducive business environment, Mr Rajpal spoke about the online portal ‘Invest Haryana’ which has more than 65 business services are completely online without manual interface, making the application process transparent and clearances faster. Government of Haryana has given more than 2,000 clearances through their online portal in six months. Terming it as ‘Single Roof Solution,’ he said 14 state departments work under one roof to ensure faster clearances.

The state government also gives multiple incentives that further reduce the cost of doing business in Haryana. Through its Enterprise Promotion Policy, Haryana government offers SGST subsidy of up to 75% for the first five years, stamp duty refund of up to 100%, apart from other incentives under development charges and employment subsidy.

“Haryana is a progressive state – a destination for foreign and domestic investment, and the structural reforms by the state government has led to positivity among investors,” said Mr Shrivallabh Goyal, Director of Model Economic Township Ltd (Reliance) during the session. Applauding the central government’s EoDB initiative, he said the EoDB model has increased transparency, while adding that reforms such as labour reforms, GST and RERA have made the business climate in Haryana favourable.

Echoing the sentiment of Mr Goyal, Honda Motorcycle and Scooter India’s Director – General & Corporate Affairs, Mr Harbhajan Singh, said the state had shown commendable development over the years and has always been supportive of the manufacturing industries. Talking about Honda’s strong presence in the state, he added, “We as a company have big presence in Haryana as 50% of the cars and 60% of the two wheelers that are supplied around the country are manufactured in Haryana.” Proximity to the NCR, development of breakthrough infrastructure, increasing educational institutions, rise in the standard of living and quality of life has attracted investors from across the globe to the state. Adding a word of advice for potential investors, he said that investors need to realize that Haryana offers wide consumer base and they should know what they can provide and where they stand on the consumer base index.

On the sidelines of the sessions, the Government of Haryana held B2G meetings with businesses and potential investors. More than two dozen companies, including World Trade Centre, Hinduja Group, IL&FS among others approached the state government team led by Mr. Sudhir Rajpal to explore business opportunities in the state.

Astrology Prediction 2015: What your stars foretell