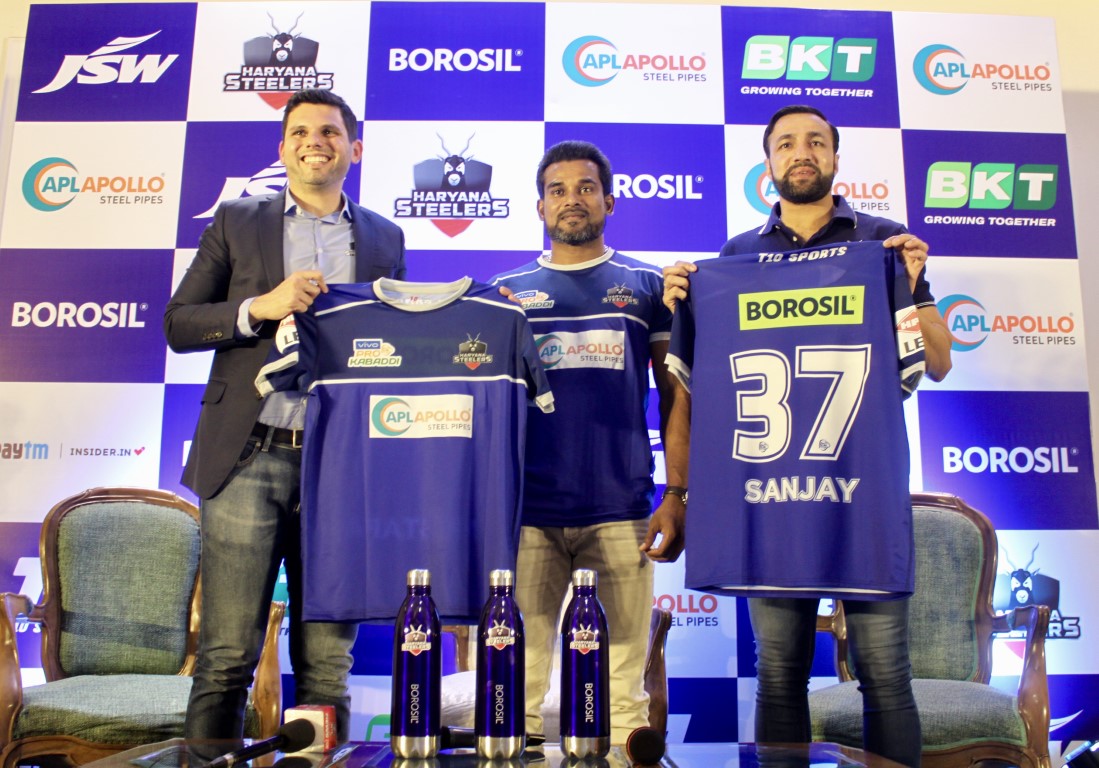 The JSW Sports-owned franchise also named the experienced defender Dharmaraj Cheralathan as their Team Captain for the upcoming season.

The Haryana Steelers were formed in 2017 and qualified for the play-offs in their very first season. Based out of the city of Sonipat previously, the franchise has decided to shift base to Panchkula in order to continue their pursuit of popularizing the sport throughout the state of Haryana.

Organisers of the Pro Kabaddi League had earlier announced Panchkula as a new venue where a total of 11 league matches will take place.

The franchise, which has appointed former India captain Rakesh Kumar as their Head Coach, also named the vastly experienced Dharmaraj Cheralathan as Team Captain, and will count on the 44-year old’s immense experience and understanding of the game to lead them to the playoffs and beyond this season.

Cheralathan was present at the occasion in Panchkula along with Head Coach Rakesh Kumar, who backed the Steelers’ young squad to perform well in the upcoming season. “We have a very good mix of players in the team and in Dharmaraj, an experienced leader to lead them through the season. We have had a good pre-season camp at the Inspire Institute of Sport over the past months and the team is raring to start this season with an eye on the Pro Kabaddi League trophy,” said the former Indian captain, who is a veteran of two World Cups and 3 Asian Games gold medal winning teams.

JSW Sports CEO Mr. Mustafa Ghouse, who was also present on the occasion, said he was delighted with the decision to choose Panchkula as the Steelers’ Official Centre. “Kabaddi is a sport that is followed throughout the state of Haryana, and we wanted to make sure that we also give our fans in Panchkula the opportunity to experience world-class action. The team is scheduled to play four matches in the city this season, and we look forward to our fans coming to the stadium to see their favourite players perform. I am also delighted to announce that Dharmaraj Cheralathan will be captaining the team and would like to wish him and the team all the very best for the season ahead,” said Ghouse. 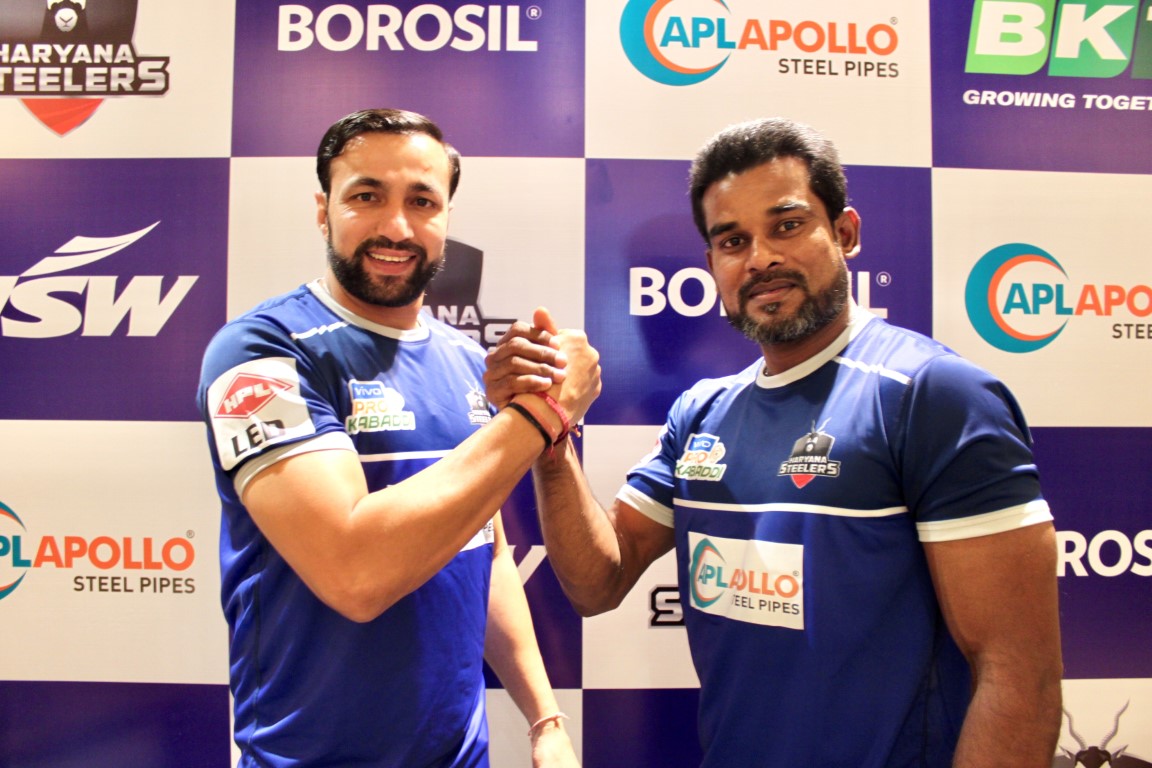 Haryana Steelers will start their Pro Kabaddi League season against Puneri Paltan on Monday, 22nd July 2019 at 20:30hrs IST at the Gachibowli Indoor Stadium in Hyderabad.

The team sponsors include our new title sponsor APL Apollo, hydration partner Borosil and official LED lighting partner HPL Electric & Power Ltd. Haryana Steelers is proud to have continued support from BKT Tires who have extended their association with the team for two more years.

Mr. Sanjay Gupta, Chairman, APL Apollo said, “We are very happy to come on board with Harayana Steelers as title sponsors. Our first venture into sports sponsorship was with JSW Sports for Delhi Capitals and now we are looking forward to an exciting season of the Pro Kabaddi League with the Haryana Steelers.”

Speaking on the occasion, Mr. Shreevar Kheruka, CEO Borosil Glassworks Ltd. said, “We at Borosil are proud to be the official Hydration partners of the Haryana Steelers. We have been associated with the team since last year and look forward to a strong-as-steel performance from them at this season of the Pro Kabaddi League. At the same time we will ensure our players are always healthy and hydrated with Borosil.”

Commenting on the association, Mr. Gautam Seth, Joint Managing Director, HPL Electric & Power Ltd said: “Taking our journey forward with JSW Sports, we are glad to partner with their Kabaddi Team Haryana Steelers. With this association, we look forward to create meaningful marketing initiatives for our B2C customers in order to strengthen the brand and product recall in the consumer’s mind. Being the official LED Lighting partner will be a great asset, as it will popularize and create HPL’s bond with potential and existing consumers.