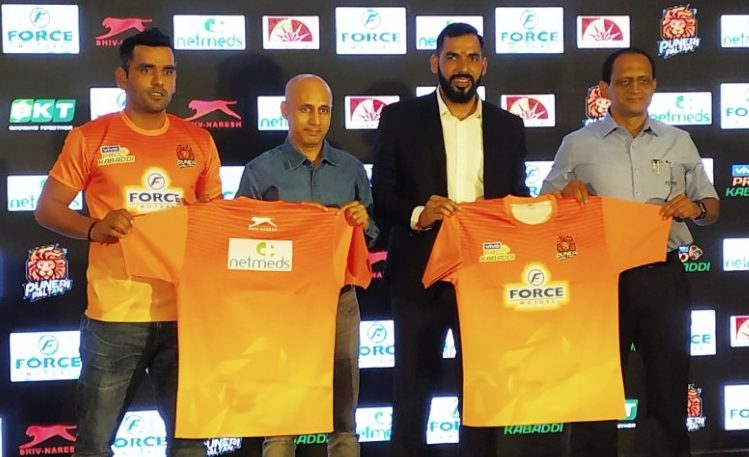 Puneri Paltan has proven its capabilities and was amongst the top contenders for the title position. This year, the team will be captained by Surjeet Singh and coached by Arjuna awardeeAnup Kumar.

This year its power packed team includes star players from Haryana, Maharashtra and Iran. Puneri Paltan plays its first match of this season on July 22 against Haryana Steelers in Hyderabad.

Force Motors’ sponsorship of this indigenous sport is based on the common characteristics shared by this earthy sport and its rugged, reliable and proven vehicles like Kargo Kingrange, Shaktiman pick-ups and Sanman,Balwan range of Agricultural Tractors.

Mr. PrasanFirodia, Managing Director Force Motors said, “Kabaddi is an indigenous and popular sport followed by most of our customers in rural India. The association strengthens the common ground of this earthy sport and our product range- Indigenous, Rugged and Agile.

Our Kargo King, Shaktimanpick-up and Sanman&Balwan agricultural Tractors resonate these qualities. We are pleased to be the principal partner of our local Pune team- Puneri Paltan. We are hopeful for a spectacular performance and wish all the players very best for this season! ”

Force Motors, was established in 1958 by Shri N. K. Firodia, with the vision to provide affordable commercial transport for the masses by harnessing the best available technology and offering economical, reliable and efficient products.

Today, Force Motors is a fully vertically integrated automobile company with expertise in the design, development and manufacture of the full range of automotive components, aggregates, vehicles and agricultural tractors. Its ‘Traveller’ and ‘Trax’ vehicle ranges are market leaders in their respective segments.

Force Motors is the flagship of the company group headed by Dr Abhay Firodia which has 15 manufacturing units across the country and a 14,000-strong workforce.

Since 1997, when Daimler AG took the decision to manufacture Mercedes cars in India, every engine fitted there has been produced at Force Motors. To date, it has supplied over 96,000 engines to Mercedes Benz India, and has a state-of-the-art dedicated facility in Chakan, Pune.

In 2015, BMW assigned Force Motors to produce and test the engines for all cars and SUVs to be made in India. A state of the art factory has been built to the exacting standards of BMW by Force Motors in Chennai close to their factory. Till date Force Motors has supplied over 30,000 engines to BMW.

In March 2018, Force Motors has entered into a joint-venture agreement with Rolls-Royce Power Systems AG to manufacture in India and supply worldwide, the 10 and 12cylinder, Series 1600 engines (545hp to 1050hp) for power generation and under floor rail applications.