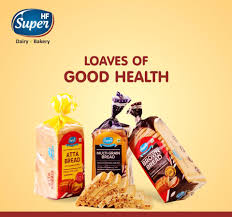 The decision to slash the rates was taken after conducting a detailed study and research of the market after increasing the rates in October.

“This is a big decision but I was convinced with the feedback that we received over last few months. And of course change in food habits is something we cannot ignore. As we increased the rates by Rs.5/- in October, there were calls and feedback messages from customers and dealers all across the region. At HF Super, we believe in understating ‘what a customer is saying’. We started to study and learned that bread is, now, a very integral part of daily life in our region; people buy bread for their daily meals and their budget actually got affected with our decision to raise the price. Our move to raise the prices was in line with the competition but we would never want to hurt our customers for competition. Upon receiving the feedback, we spent two months on the reworking of our production efficiencies and took the challenge of offering the HF Super breads at a lower price and decided to slash the rate by Rs.5/- from December 5th” says Mr. Vinod Dutt, Chairman HF Super.

“We are going to operate on a very thin margin for our breads, but our sales figures have shown a very positive rise and there is a great possibility of the volume of sales taking care of the sacrifice we made on our margin. At HF Super, we are committed to our customers as we strongly believe in being part of their family. Sometimes, it’s good to be emotional, especially when the relationship is as special and important”, he adds.

HF Super is a fast-growing company with more than 68 products and has put up a state-of-the-art infrastructure for its dairy, bakery and ice cream products. The HF Super bakery plant has the capacity of producing 1 lac breads in a day. The Oven at HF Super bakery plant is the biggest in the country. Latest technology, called Sponge & Dough method is used to produce High-Quality Bakery products with added whey proteins. The wide range of HF Super bakery products includes Kulchas, Burger Buns, Fruit Buns, Pizza Base, Cookies, Milk Pavs and more…

Having started its operations form Punjab, HF Super is sitting pretty on shelves across Punjab, Himachal and Haryana and is soon expanding further both in terms of production and market. The company is a professionally run unit, by the people with the right qualifications and vast experiences. With the kind of demand bakery has created in such a short span because of the quality and variety, HF Super has become a brand of choices for sure!!!

Is Cancer preventable? Answer is ” Yes, very much so”