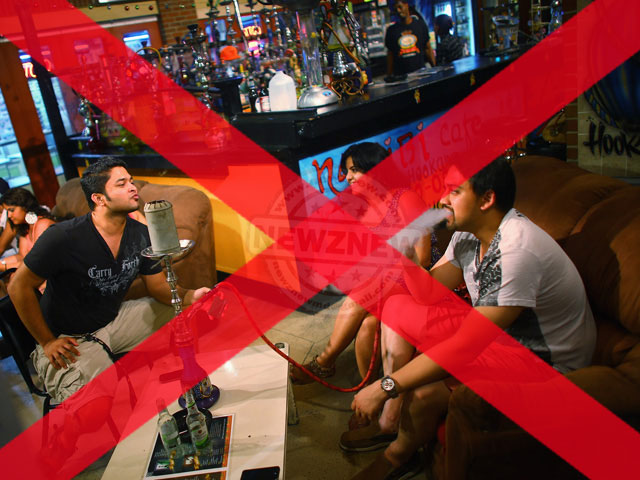 NewZNew (S A S Nagar) : Whereas Civil Surgeon, Sahibzada Ajit Singh Nagar has made to appear before me that a number of HOOKA BARS  are operational in district Sahibzada  Ajit Singh Nagar which are serving tabacoo molasses containing nicotine, which is highly injurious to health, to people including such people who are still minors and at times there is a suspicion, that apart from tabacoo other harmful substances are also mixed with tabacoo molasses and are served in these Hooka Bars.

Whereas the Civil Surgeon has also made to appear before me that in certain districts already section 144 of Cr. P.C has been invoked to ban such Hooka Bars. Hence I, Tejinder Pal Singh Sidhu, IAS, District Magistrate, Sahibzada Ajit Singh Nagar am satisfied that in view of the general health and goodwill of the public and to ensure in particular that School/ College going youngsters and minors do not become a victim of these things which are extremely harmful for health and which are commonly served to all interested in such Hooka bars & to ensure public health in general, these Hooka Bars need to be banned & hence exercising the powers vested in my by virtue of section 144 of Cr.P.C 1973, I Hereby order that no Hooka Bars shall be placed for consumption by visitors in Restaurants/Hooka Bars. the Hooka Bars thus are banned to operate in District Sahibzada Ajit Singh Nagar Which respect to these offering Hookas to the visitors.