Delaying your journey to motherhood? Is it ever too late to be a mom?

As issues like gender equality take a centre stage and we have more women leading businesses or important roles within an organization, starting a family takes a back seat. Women are often faced with a question how late is “too late” to be a mom? 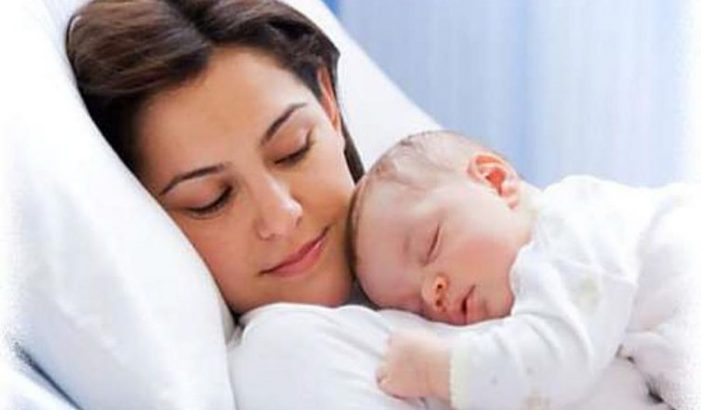 Everyone wants to give their child the best. Working women are more at pressure to juggle between their careers and personal life. Society at large believes that ‘women is complete when she rejoices motherhood’. But without denying the social norms they also want to achieve their career aspirations and life goals. So, it is okay to be little late in being a mom?

Motherhood is every woman’s dream. While they fight the social pressures and focus on their careers but at the back of their mind they know that their biological clock is ticking faster. As they grow older and smarter, their eggs also grow older and their quality decreases..

As per the American Society for Reproductive Medicine, a woman’s fertility starts to decline beginning in her 30’s, with a more significant decline after the age of 35. Every month, there’s only a 20 percent chance of pregnancy for a woman in her 30’s. Studies also suggest that women conceiving at later age may be at risk of having a child with chromosomal abnormality such as Down Syndrome.

Shall they lose heart and all hope? No.

“With evolving IVF techniques, it is probably not even late till your 60’s. Recently in a rare case in Punjab, India, a 70 year old woman had given birth through IVF. While this is one of the rare case, it tells us the extent of how evolved is medical science today but not one of the ideal one.

So with advancements in fertility treatments, there is an option for professional women not yet ready for motherhood, to continue to build their careers without being in an emotional dilemma of choosing between a baby and their career.

Women now have  choices! These range from egg freezing, IVF treatment, surrogacy, adoption among others. We know of many celebrities who have gone through either the above options to experience their joy of parenthood much later in their lives. “said Dr. Rajni Khajuria, PHD, Laboratory Manager Of IGENOMIX India.

Option one: Egg Freezing for a Future Pregnancy

Egg freezing is considered as a safe, sound and competent method for women who wish to delay parenthood. This could be a career choice or a recommended way forward for those diagnosed with medical conditions which have a direct impact on the embryo quality and quantity.

As per Zsolt Peter Nagy, PhD, an Atlanta embryologist, accurate data on the number of babies born from frozen eggs are hard to obtain, but it is approximately 5,000 births worldwide. Though a small number now, the number of women opting to freeze their eggs in their late 20’s or early 30’s is on a rise.

Big companies like Apple, JP Morgan chase, Citigroup, Facebook and many more are bearing the cost of voluntary egg freezing for women who decide to delay child-bearing.

Option two; The rise of “Surrogacy “

Surrogacy is a popular and a successful method for women who are unable to carry their own babies. This is a choice for those who decided to have a baby much later in their lives and couldn’t conceive due to infertility or other medical or personal reasons. This method entails IVF with the eggs of either the intended mother or a donor’s egg as the case may be. In this case the surrogate mother is not genetically linked to the child.

Besides being opted by infertile couples to conceive a baby, both egg freezing or surrogacy also utilize an IVF treatment.

While the success of IVF depends on a lot of factors such as the age of the woman, the quality of the embryo, status of the uterus etc. But the two principal factors for maximizing the chances of implantation during an IVF treatment are a chromosomally normal embryo and a receptive endometrium.

With the recent advancements, genetic techniques such as Preimplantation genetic screening (PGS) and Endometrium Receptivity Analysis (ERA) are being used to advance the chances of IVF success and pregnancy.

There are still many who believe in the noble cause. Adoption helps completing your family balance and the desire to be a parent.

5 Maize Dryer centres to be Functional by Next Year