Home Chandigarh I never wanted to do a Saas-Bahu saga with all kind of...
Facebook
Twitter
WhatsApp
Email
Print

The beautiful and talented, Sana Maqbool Khan will be seen in Sony SAB’s upcoming show ‘ Aadat Se Majboor’. She will portray the role of Riya who is a features writer for the magazine ‘City Chakkar’. She has recently returned to India to create her own individual identity with her hard work and perseverance. But no one knows her truth. In reality, she is the daughter of the owner the publication house. A brief conversation of NewZNew with Sana on her role and experience while shooting for this young and fresh show: 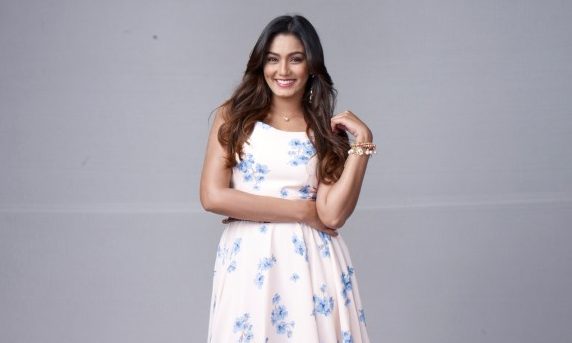 1.What made you choose this role?

I never wanted to do a Saas-Bahu saga with all kind of drama. When the makers of the show approached me they said that the show is fresh and the concept is young. Also, I get to play my age whereas now-a-days actors don’t get to play their age. All this factors majorly influenced my decision to take this show.

2. After a successful start in Telugu films, you are back on television after a long why?

When I left Television Industry, I wanted to try films. I did a film in Telugu and other in Tamil which got released recently and they did well. But like I said before coming, I wanted to play roles of my age.  Aadat Se Majboor, where we five young people who are very energetic and spunky are playing their age. So this show was the perfect opportunity for me to make a comeback.

3. How does comedy come to you?

According to me comedy is not easy. You can’t make people laugh forcefully.  Comedy doesn’t come naturally. So it’s really difficult for me to cope up with the other actors. Everyone on the sets has a good sense of humor. I feel my comic timing is weak. This show will help all of us to grow as a comedian.

4. How are you preparing for this role?

Each character defines themselves and I think Riya and I are alike. To feel the character I started reading books to understand how journalists write. I also had to work on my Hindi as Riya speaks Hindi very fluently and my Hindi is not that fluent. I am working on it currently.

5. Would you relate to Riya?

I can completely relate to Riya. The only difference is she is not from India and still has fluent Hindi and me being an Indian, my Hindi is not that fluent. I am sure once this show begins even that would be sorted.

6. What do you enjoy more, Acting or Modeling?

7. How is your chemistry with your co-stars?

We are all of the same age. We are friends, we chill we do lots of masti on the sets. The vibe on our set is totally different and positive. It’s just fun to work together.