IDEA moots Networking as the Smart solution for better Employment: Historically, Brand Idea has re-imagined mobile telephony – as an enabler for societal change. 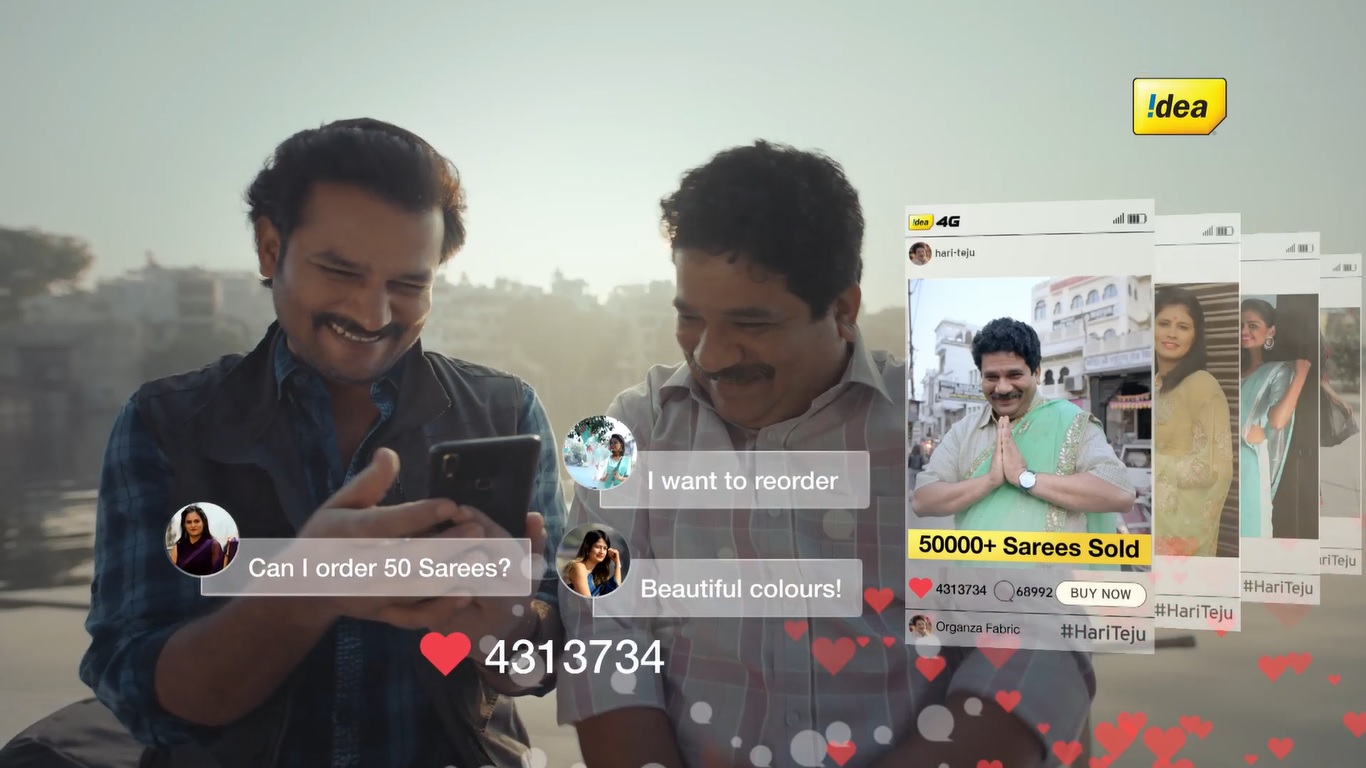 The issues/causes taken up through some of the memorable brand campaigns over the years have been contextual, contemporary and relatable to an urban audience, and yet been appreciated by the masses. Hark back to the time when ‘What an idea Sirji!’ gripped the imagination of the nation, becoming a part of daily conversations, across India’s geographies.

The popular series is now back to rekindle brand engagement and affinity amongst audience.

Keeping the intrinsic purpose of the Brand, Idea has launched a new campaign under ‘What an idea’ theme to address the issues of unemployment and underemployment. Titled ‘NOT working?  Try NETworking!’, the campaign showcases the myriad opportunities that internet, through Idea 4G network, throws open to people from different age groups and socio-economic backgrounds, across India.

Key to creating this campaign are real life insights on unemployment and underemployment amongst educated, qualified youth. There also co-exists in parallel, a huge demand-supply gap for skilled workforce with several graduates not able to find commensurate jobs.

Taking a leaf from these real life, topical insights, Idea’s latest ‘NOT working? Try NETworking!’ campaign portrays the Internet as a fabulous medium to network and connect with people who understand, complement and  inspire, throwing up a world of opportunities to recognize one’s own potential and give wings to dreams of individuals looking for employment and entrepreneurship.

Explaining the rationale behind the new Brand campaign with one of Idea’s most loved taglines, Kavita Nair, Chief Digital Transformation & Brand Officer, Vodafone Idea Limited said, “Idea was the first telecom brand in India to take a step beyond the transactional plane to showcase how mobile telephony can transform people’s lives in a positive manner. Each Idea campaign, over the years, has focused on social issues prevalent at that time and championed causes which are relevant and appeal to urban and rural audiences alike.”

“The new brand campaign ‘NOT working? Try NETworking’ has been conceptualised with the objective of tapping the immense love and affinity the brand enjoys – by telling short, hope infusing stories. Through the narrative, we highlight the reliability of high speed Internet on Idea 4G which can help spark a million innovative ideas and a million opportunities to create a better future for urban and rural Indians, signing off with the iconic ‘What an idea!’ “, adds Kavita Nair.

For more than a decade, Idea Brand campaigns have taken up issues that have affected society and/or individuals and given them a creative spin by highlighting innovative ideas that demonstrated how mobile telephony offers solutions to these problems.

Each brand campaign has played an integral role in building the brand’s persona and salience – be it the Sarpanch suggesting every individual’s mobile number as identity in ‘Caste Wars’ ad; or the ‘Father’ suggesting the idea of using mobile for e-education; or mobile rescuing trees from being cut in the ‘Use Mobile, Save Paper’ campaign; or even ‘Break the Language barrier’ or ‘Telephone Exchange’ campaigns in which mobile phone helps build bridges between people.

With the launch of mobile broadband services, the brand showed how the service can be used by masses to get empowered with information on fingertips and not fall prey to fraudsters as in the ‘No Ullu Banaoing’ campaign. It further propagated the idea of internet as a powerful tool for education with the ‘Idea Internet Network’ (IIN) campaign.

More recently, with the proliferation of 4G and high usage of social media, the brand also addressed psychological and social problems of the society through its ‘Meri Real Life’ and ‘India Ka Live’ network campaigns.

The latest NETworking series of three TVCs carry the brand’s signature tune and creative treatment and went live today, 11th February, 2020. The TVCs have been conceptualised keeping in mind the perspectives of different target audiences – a youngster struggling for employment, a small-town businessman facing lean business time thanks to the growing trend of online shopping, and a middle-aged woman trying to supplement her income by selling homemade papads and pickles.

Developed by BBDO India, directed by Sandeep Yadav, the campaign will be promoted through TV, Radio and Digital media.