Home Chandigarh I’m in the most exciting phase of my career: Parineeti Chopra

(IANS) Parineeti Chopra had a good start in Bollywood but slowed down after facing back-to-back setbacks. With projects like “Golmaal Again” and Dibakar Banerjee’s upcoming directorial “Sandeep Aur Pinky Faraar” in her kitty, the actress says she is in “the most exciting phase” of her career. Parineeti has also been appointed as the first Indian woman Ambassador of the “Friend of Australia” (FOA) advocacy panel by Tourism Australia. 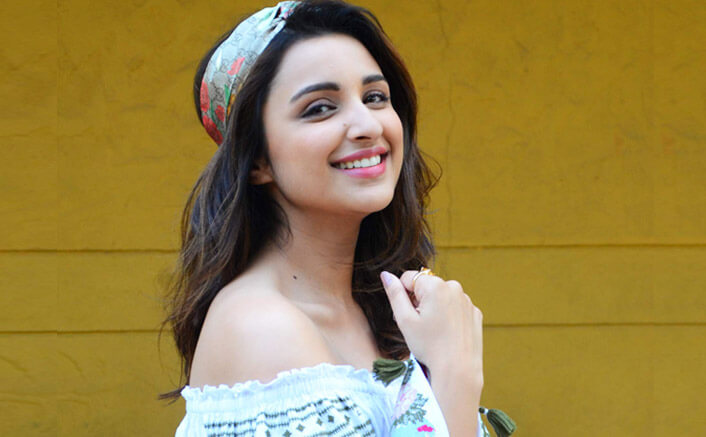 “I am in the most exciting phase of my career. I have just been appointed as the Friend of Australia and I feel humbled to be given this honour,” Parineeti told IANS in an email interview.

“On the movies front, I am in prep work for ‘Sandeep Aur Pink Faraar’, which is a physically and mentally challenging project. I am very excited about it as it is an intense movie. After this, I will begin shooting for ‘Namaste Canada’, which is a light film. I will be working with Arjun Kapoor in both these movies.”

“Sandeep Aur Pinky Faraar” is about a man and a woman who represent two completely different sides of India — and they are united in their mistrust, suspicion and hate for each other.

“Sandeep Aur Pinky Faraar” and Vipul Amrutlal Shah’s “Namastey Canada” have found a spot in the list of anticipated projects as they reunite Arjun and Parineeti after the 2012 hit film “Ishaqzaade”, in which they shared a crackling chemistry.

The actress has faced failures with films like “Kill Dil”, “Daawat-e-Ishq” and “Shuddh Desi Romance”. She received mixed response for her drastic weight loss, with some praising her dedication and with some criticising her for sending out a negative message.

Parineeti, whose “Meri Pyaari Bindu” failed to elicit expected response at the box office this year, says Arjun is a close friend, and she can’t wait to begin working with him.

“More than me, Arjun should be happy as he will get to spend almost a year with me since we are shooting for two back-to-back movies. I am very excited and looking forward to both the films as he is one of my closest friends in the film industry. I am happy he is my co-star,” said the cousin sister of globally popular star Priyanka Chopra.

Away from the film world, she is happy to push tourism for Australia.

The “Friends of Australia” programme has been devised as a way for Tourism Australia to foster mutually beneficial and long-term “friendships” with those they regard as unique, positive and influential story-tellers.

In her capacity, Parineeti will work towards strengthening ties between India and Australia. She will also explore Australia’s aquatic and coastal experiences, wildlife and its variety of food and wine offerings.

Talking about the association, she said: “I had never imagined that one day I would reach such a stage in my life where I would be chosen as a ‘Friend of Australia’ and become the first Bollywood ambassador to promote Tourism Australia. I will be flying to Australia to explore the country and I will get to experience a lot more new things.”

Recalling her memories of Australia, the “Hasee Toh Phasee” star said: “Last year, the most memorable moment for me was doing deep-sea diving when I was in Gold Coast.”

The actress, who has shown her singing talent, will also be seen in Rohit Shetty’s upcoming comedy-actioner “Golmaal Again”.

(Sugandha Rawal can be contacted at sugandha.r@ians.in)

Welfare activities are on priority list for the rehab of Jail inmates: Thandal

Doctors at Fortis Hospital, Mohali treat 15 Soldiers injured during the War in Iraq