newznew (Chandigarh) : The city based India’s Kids Models, a leading gateway to promote kid’s talent in the world of fashion, has unveiled its 4th annual India Kids’ Models  Calendar- 2017 at a hotel in phase 1, Industrial Area here today. The calendar featured the 25 prominent and aspirant kids’ models between the age group from 5-month to 12-year .

Speaking during occasion, Prasant Bhardwaj, Creative Director of India’s Kids Models said that calendar concept development and selection were involved an intensive process  of 45 days.  We were the only one in region who launched kids’ models calendar on this big level, he asserted.

Meanwhile 12 kids were featured in the first two seasons . Later owing to increasing popularity, 24 kids became a part of 2016 calendar.  The 25 children were shortlisted for the 2017 edition and this time the kids models were made to look more dashing than ever. 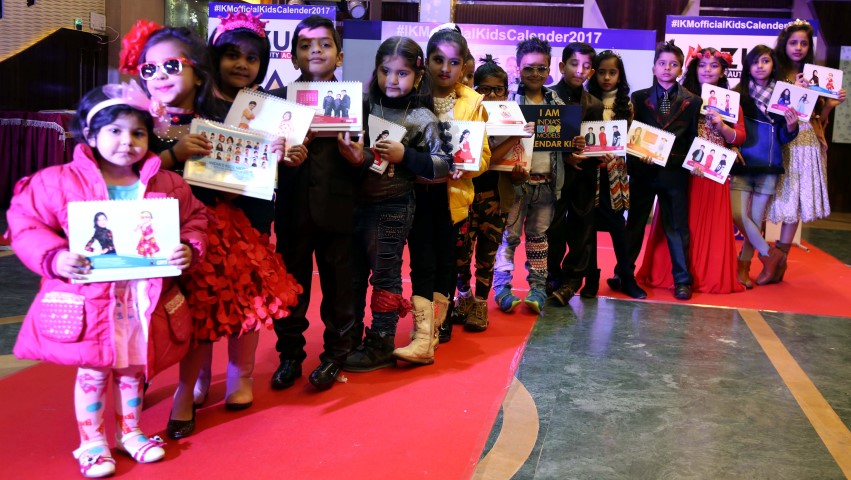 City based Zuri Beauty Academy has added an unique flair to each kid makeover for the calendar shoot . In fact this turned out to be an amazing enjoyable learning experience for both the students and faculty of Zuri Beauty Academy, said Ajay Sharma, CEO of Academy.

Meanwhile India’s Kids Models have organized more than 15 fashion shows with kids at prominent locations in the tri-city area of Chandigarh in the past three years.