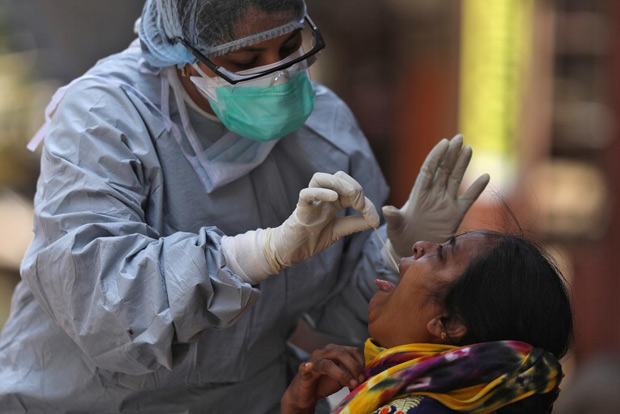 According to experts, a number of possibilities which could be attributed to the concerning situation ranging from lax attitude of people towards following Covid protocols to the likeability  of “mutations and new strains”, as has been studied by the laboratories involved in virus detection across the country.

Five states — Maharashtra, Kerala, Karnataka, Punjab and Tamil Nadu cumulatively account for 84.16 per cent of the total active cases in the country.

Till now, 1,56,20,749 doses of corona vaccine have been administered in the country since the mass inoculation drive began on January 16.

The third phase of vaccination against Covid-19 pandemic began on Monday covering 27 crore of people above 60 and those above 45 years of age with comorbidities at 10,000 government and over 20,000 private vaccination centres.

Also Read :   Punjab to start vaccinating 18 plus from Monday

While people will be vaccinated free of cost at government hospitals, those taking the shots at private hospitals will have to pay.