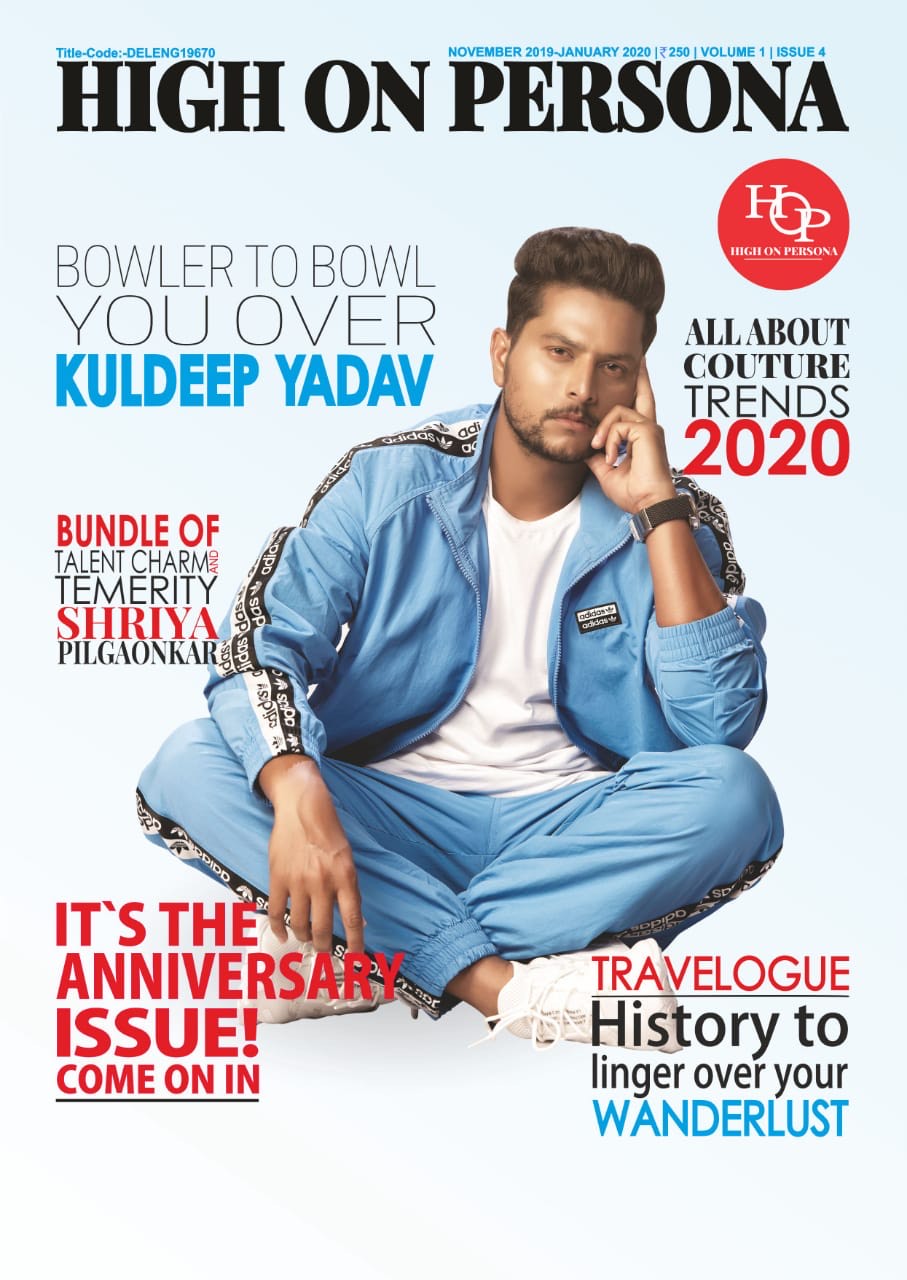 This is for the first time that ace bowler has decided to grace the cover of a magazine.

Join Newznew on Telegram
He masters the craft of rarest, difficult and exciting form of spinning, After wrathing magic  and proving his credentials on the field, he has been striking a perfect balance in acing the game, being a fitness freak and fashion connoisseur,  he walks a step closer to millions of his fans and spills the beans on his life off the field.
He dazzles the anniversary issue cover of High on Persona, this is his first cover ever. In a special interview done by the Editor of the Magazine Barkha Arora and Associate Editor Divya Khanna he shares deets about his personal life and reveals unknown facts about him including his favorite workout, diet routine, He reveals about his unique bowling style, unparalleled passion about cricket, bonhomie with teammates, dressing room moments, moments of glory , glam and more.
He ups the style game for the cover and donned a chic, cool, casual and sporty look, his styling for the look was done by Aditi Khanna, hair and makeup were done by Nitasha Wahi and the cover picture was shot by Subi Samuel.
He remains one of the most sought-after left-arm spinners in the country, Kuldeep Yadav has become a name which truly warrants admiration and adulation in the field of cricket.
Hailing his roots from  Kanpur, Uttar Pradesh, Yadav belongs to a rare breed of spinners — the Chinaman, and with his unorthodox style, he is wreathing magic in every match. He finds admirers in the veterans like New Zealand head coach Gary Stead, Former Australia opener Matthew Hayden, Australian spin legend Shane Warne and Sri Lanka’s first chinaman bowler Lakshan Sandakan to name a few.
Also Read :   Mamata's tests detected injuries to her ankle, right shoulder, neck: Doctor