NewZNew (Chandigarh) : Polaris India Pvt. Ltd., a wholly owned subsidiary of Polaris Industries Inc., the world leader in Off-Road and All-Terrain Vehicles, today announced the opening of a new dealership of the iconic Indian Motorcycle® in Chandigarh, the capital of the northern states of Punjab and Haryana, making it the seventh dealership of the legendary brand in India. On this occasion, Indian Motorcycle® also launched the versatile all-new 2016 Indian® Scout® Sixty in India.

Situated at the prime location of Industrial Area – Phase 1 Chandigarh, having an area of 8000 sq. ft., the dealership will cater to brand aspirants in Chandigarh and provide a boost to the growing culture of premium biking in India. The showroom will have  the following range of Indian Motorcycle®, such as Indian® Chief® Classic, Indian Chief® Vintage, Indian® Chieftain®, Indian® Chief Dark Horse®, Indian® Scout®, Indian® Roadmaster® and the versatile all-new 2016 Indian® Scout® Sixty. 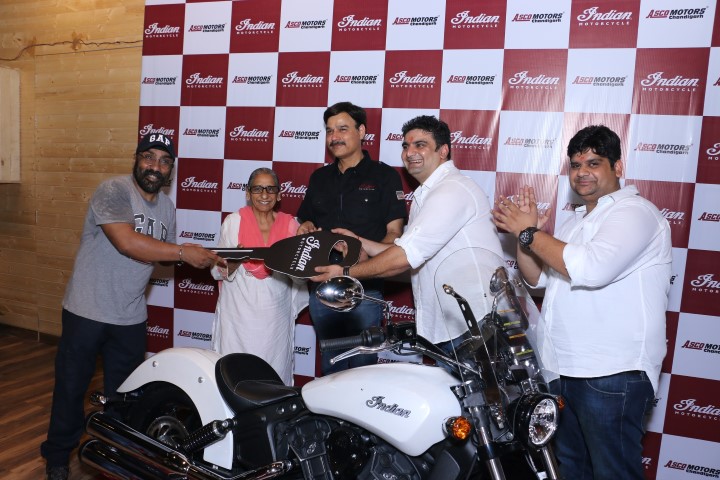 Speaking on the occasion, Pankaj Dubey, Managing Director, Polaris India Pvt. Ltd. said, “The emerging category of professionals in the upper middle and high-income groups is giving impetus to the premium bike industry in India. With over 100 years of American heritage, Indian Motorcycle® is an engineering marvel synonymous with individuality and luxury. 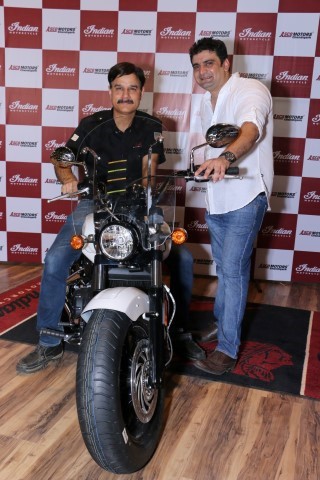 This new dealership in Chandigarh is part of the strategic expansion plans of Indian Motorcycle® currently underway to bring the brand closer to its enthusiasts, wherever they are. Known for its cosmopolitan culture, Chandigarh provides tremendous opportunity for an exclusive brand like ours to grow. Indian Motorcycle® is already a well-established brand here with a large number of customers present in the city. This new dealership is aimed at providing brand enthusiasts greater accessibility and an opportunity to explore the authenticIndian Motorcycle® lifestyle at their convenience. Today is also an occasion when we are announcing the nationwide launch of all-new 2016 Indian® Scout® Sixty, starting from Chandigarh. The all-new 2016 Indian® Scout® Sixty will help us grow in terms of volumes in the fast-growing luxury commuter category.”

“We consider ourselves privileged to represent Indian Motorcycle® in Chandigarh. The well-heeled and upwardly mobile professionals in and around Chandigarh have rich global exposure and they have evinced keen interest in premium bikes after returning to India. Through this dealership we want to provide the sophisticated client base in Chandigarh an unparalleled experience in sales and after sales service.” said Mr. Ravi Babbar, Vice President, Asco Motors.

With the establishment of this new dealership in Chandigarh , Indian Motorcycle® achieves the distinction of being the leading luxury bike brand with the widest and most intensive network of sales and after-sales services in India.