India, February, 2016: At a glittering ceremony held at the NSCI, Worli, tech whizkids from all over India were felicitated for winning awards in a fiercely contested competition in the city today. The biggest Online Technology Competition of its kind, ‘WHIZ Juniors 2016’ was a pan-India contest organized by the Mumbai-based Clone Futura and knowledge partner lynda.com. The winners who received awards hailed from Mumbai, Chennai, Bangalore, New Delhi, Chandigarh, Ludhiana and Goa. 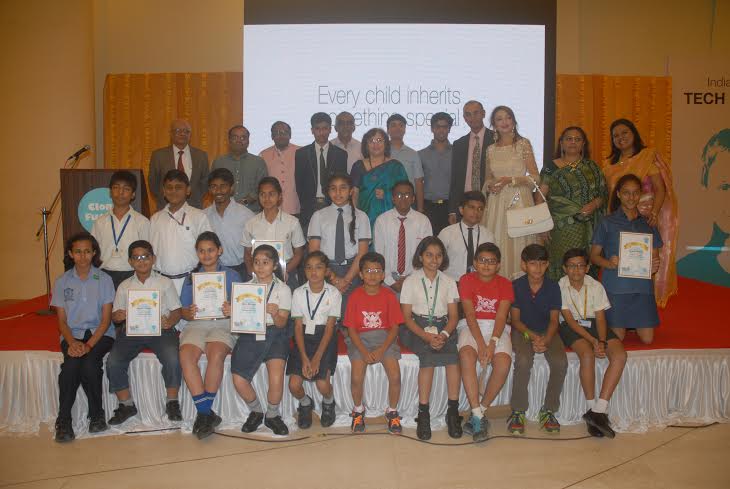 Ms.Vidushi Daga, Founder & Director of Clone Futura said, “The idea is to make this age group productive using technology so that they not only use gadgets and time productively but are also geared to embrace the constantly evolving software to give them an edge. Technology is here to stay and youngsters constantly surprise us with their grasp on new developments in technology. What better way to channel this than encouraging them to participate in such inventive online tech competitions?”

“The positive response we got from Mumbai and other cities has prompted us to make this an annual event”, further she added.

The tech competition was held in five levels according to the school grades (2nd to 12th standard). More than 38,600 students and 858 schools across India participated. The rigorous process of checking and elimination by the experts over several rounds ensured that only the best among the lot came out as the winners.