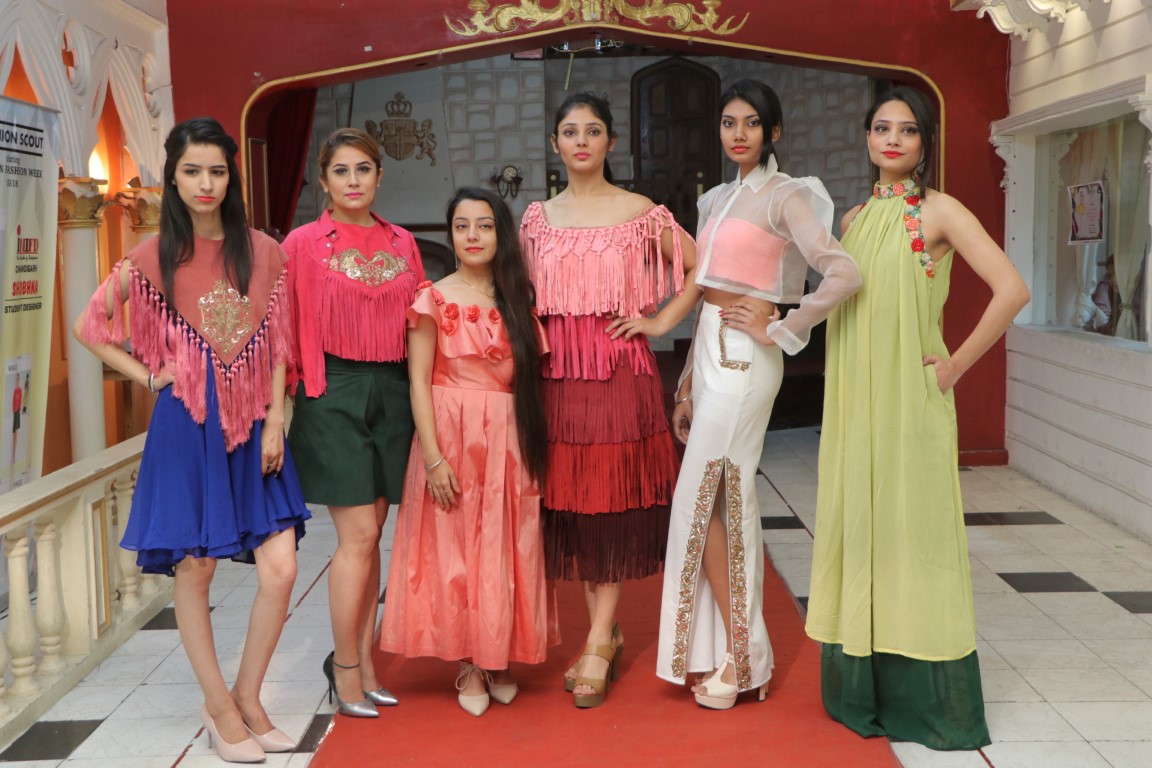 It is for the 3rd Consecutive Season that student designers from INIFD showcased their Collection on ramp at one of the world biggest Fashion platform at Fashion Scout during London Fashion Week at London and brought laurels to the country. Proud INIFDians also gained international experience and exposure as a part of implementation team and worked with Top International Designers hand in hand.

These Young Designers were awarded the ticket to London by Ace Indian Designer Manish Malhotra as they were selected amongst the 500 applicants from all across the country to represent INIFD on India Day during London Fashion Week at Fashion Scout London. 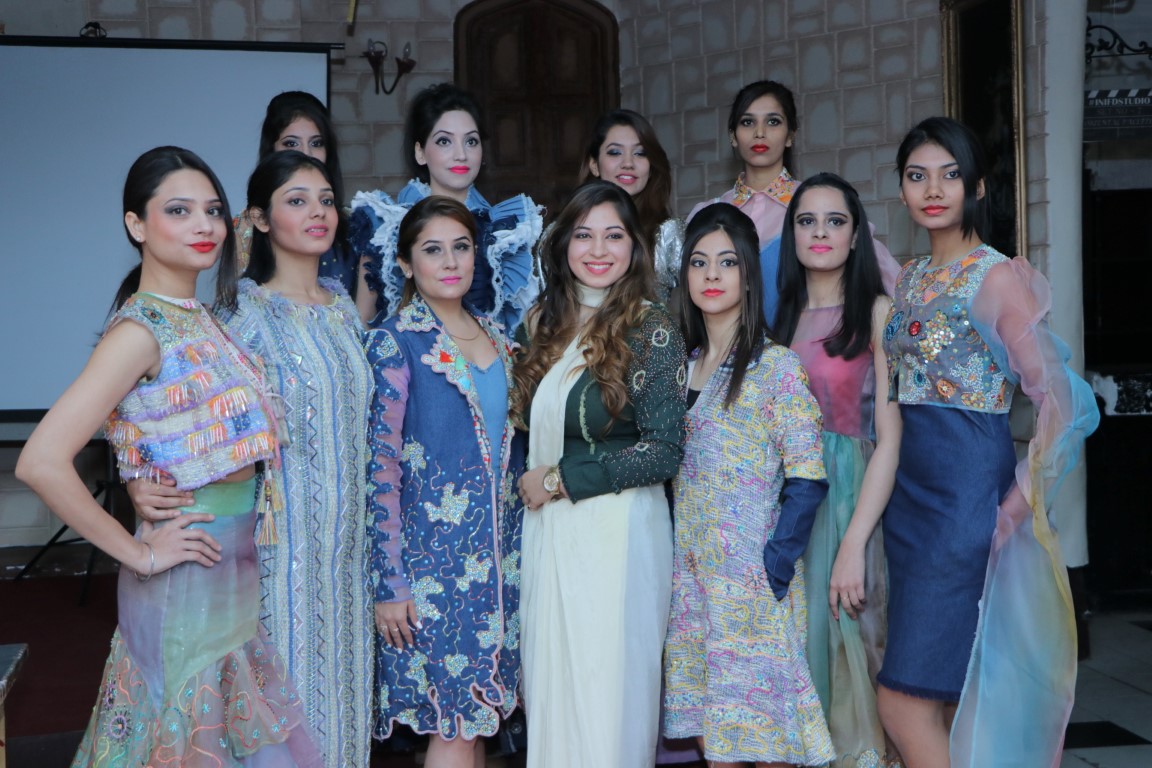 Priyanka Khosla the most stylish and contemporary designer opened the India Day to celebrate the spirit of Indian designers during London Fashion Week. She is the first designer from Chandigarh who presented an independent Collection during London Fashion Week at prestigious Fashion Scout. The leading Indian Designer Masaba Gupta closed the India Day with a Grand Finale Collection.

Sakshi’s Collection VAYANA – The Weaving, speaks volumes about Weaving which is a beautiful and a time taking art of creating infinite patterns. The look of her collection reflects the confidence and attitude of modern women. She has very intelligently and creatively used fabrics like denim and organza with elaborate surface embellishments in very modern silhouettes.

Pooja’s “RED FORT TO RED BUS” presents the journey of a traveler in a very effective manner.  Travelling being a unique combination of thrill, adventure, surprise, emotions and memories, it inspires the designer to play with batik, a wax-resist dyeing technique of Asia. The layers and panels or organza create the mood of fantasy while denim adds the toughness of adventure.

“TRIUMPH OF THE SPIRIT” by Shobna is inspired by the spirit of a cowgirl with a zest of gypsy charisma. The collection evokes a classy yet powerful and independent feel of a cowgirl. The silhouettes are a mix of androgynous vintage style from the cowgirl and feminine Boho style is seen in forms of pleats, flare and frills in chiffon. 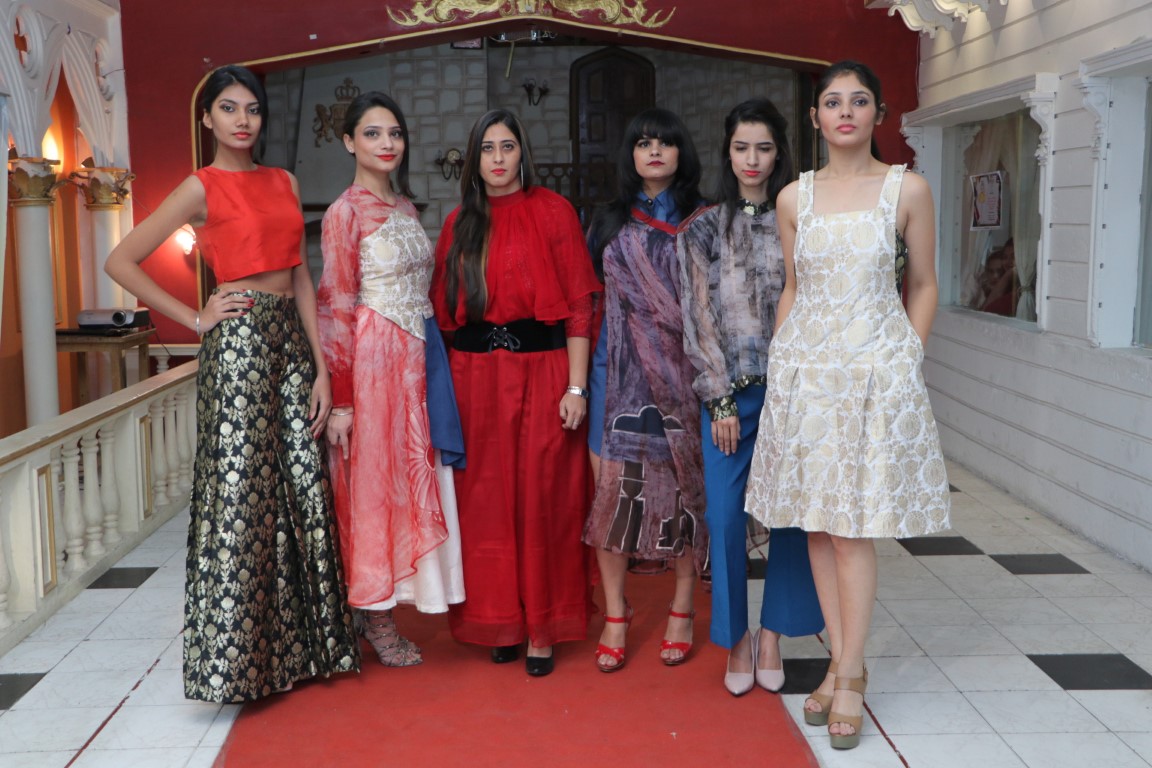 The London mentors and jury members from London selected the Designers who showcased their Collection at the very prestigious FASHION SCOUT during LONDON FASHION WEEK at one of the world’s major fashion capital – London, Event supported by Mayor of London.

Ritu Kochhar, INIFD Director said “It is a matter of pride that INIFD Chandigarh students Designers have showcased their exclusive Design Collection for 3 Seasons consecutively, along with top International Designers at the very prestigious Fashion Scout during London Fashion Week and it gives me immense pleasure to share with you all that in February 2018, INIFD designers will showcase for 4th Season consecutively at Fashion Scout during London Fashion Week.”

The Show was an aesthetic display of rich cultural heritage of India with a Western aesthetic and was presented to the world’s leading international fashion press and buyers along with Celebrity guests.

Nirankari Samagam: A Round up